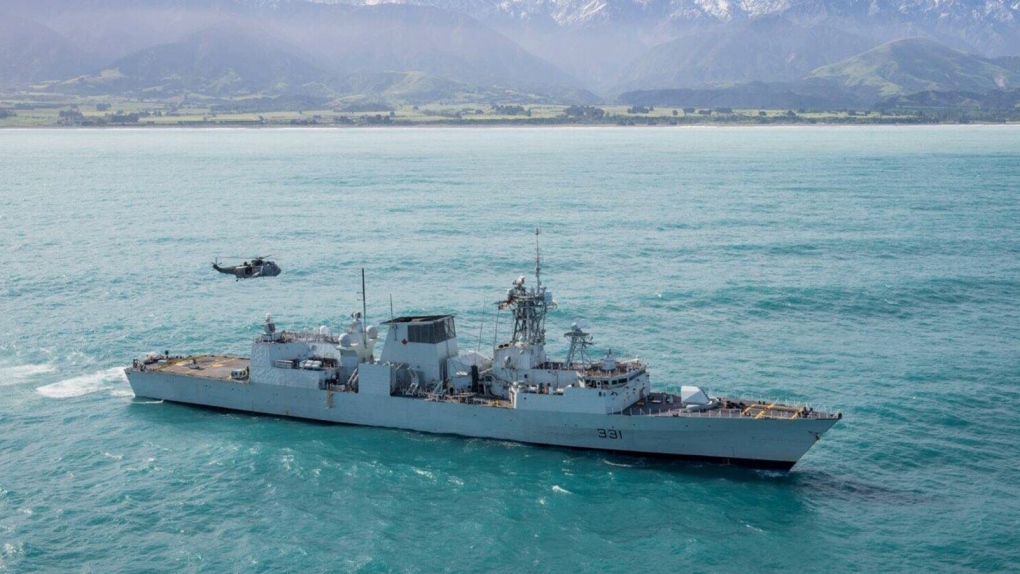 HMCS Vancouver in an undated file photo. On Tuesday, the Canadian frigate sailed through the narrow passage between China and Taiwan alongside the American guided-missile destroyer USS Higgins. (MARPAC)

Canada sailed a warship through the waters of the Taiwan Strait on Tuesday as the vessel joined the ongoing effort to enforce United Nations sanctions against North Korea.

The Department of National Defence says the frigate HMCS Vancouver sailed through the narrow passage between China and Taiwan alongside the American guided-missile destroyer USS Higgins.

A statement Tuesday from the United States Navy's 7th Fleet says the ships transited "through a corridor in the strait that is beyond the territorial sea of any coastal state" to demonstrate a commitment to a free and open Indo-Pacific region.

In response, the Chinese military fired missiles into the Taiwan Strait and mobilized large numbers of ships and warplanes for exercises around the island.

HMCS Vancouver, which has been deployed with HMCS Winnipeg to the waters around the Philippines and Indonesia since August, is expected to participate in exercises with American and Japanese forces while on its sanctions-enforcement mission.

A CH-148 Cyclone helicopter is deployed with the ship and a CP-140 Aurora long-range patrol plane is scheduled to join the sanctions mission in October, operating out of Okinawa, Japan, the Department of National Defence says.

"As a Pacific nation, Canada is deeply committed to upholding global stability and prosperity in the Indo-Pacific region," National Defence Minister Anita Anand said in a statement Tuesday.

Canada's sanctions enforcement mission against North Korea, known as Operation Neon, began in 2018 and was last year extended until the end of April 2023.