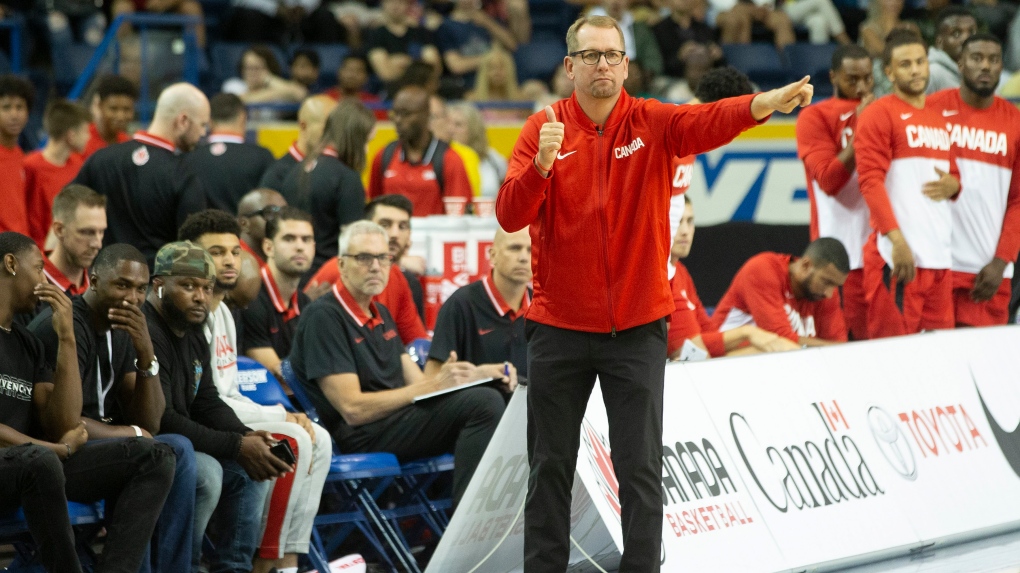 Fifteen national athletes are coming to Victoria to participate in a training camp ahead of the FIBA Basketball World Cup 2023 qualifying match, which is also taking place in B.C.'s capital this month.

The senior men's national team will be training at the University of Victoria and Save-On-Foods Memorial Centre from Aug. 22 to 24, ahead of the team's FIBA qualifying game against Argentina on Aug. 25.

Tickets for the game against Argentina, scheduled for 7:40 p.m. at the Save-on-Foods Memorial Centre, are on sale now, according to Basketball Canada.

Eighty national teams are competing for just 30 spots in the FIBA Basketball World Cup this year.

When the first round of qualifying matchups began last year, 16 teams from the Americas region were participating for seven of the world cup's 30 spots.

The second round of qualifying matches is now underway, with Canada being one of 12 teams competing for those seven spots.

After Canada faces off against Argentina on Aug. 25, the team will be heading to Panama to face its national team on Aug. 29.

North Korea on Sunday fired a short-range ballistic missile toward its eastern seas, extending a provocative streak in weapons testing as a U.S. aircraft carrier visits South Korea for joint military exercises in response to the North's growing nuclear threat.