With the weather improving and more people venturing outside with their furry friends, Canada Post is asking residents to be mindful of their animals this summer.

Canada Post delivers to millions of homes across Canada and an estimated 36 per cent of those homes have dogs.

Leslie Black is a delivery agent for Canada Post in the Capital Region and has been on the job for 25 years. She has been bitten by dogs on four separate occasions.

"One time was quite serious and it had me in the hospital and I had over 30-plus stiches," she said.

"I was off work for four months to recover from that."

The owner of that dog assumed Leslie’s knock on the door was from their house cleaner and opened the door. Seeing unfamiliar Leslie, the dog charged.

"It was a very aggressive dog, it had a history that I wasn’t aware of at the time," said the delivery agent.

"It just latched onto my leg and wouldn’t let go." 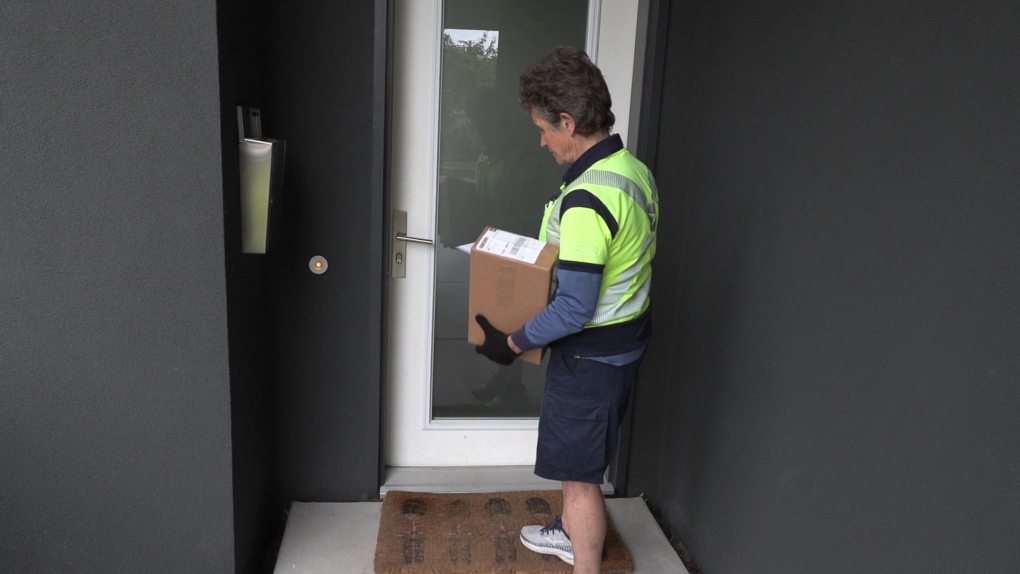 Canada Post says the risk of dog-related incidents for delivery employees increases in the spring and summer. This increase is partly because the weather gets warmer and more families are outdoors.

Canada Post has released a social media video reminding dog owners to be responsible when it comes to receiving their mail.

Canada Post has some tips for you, if you are a dog owner.

"Once your dog bites it gets deemed a dangerous dog and then it has to be muzzled," he said.

Repeat offences could lead to the owners being forced to euthanize the dog.

Johnson says dogs can be unpredictable. Occasionally the friendliest of animals could become territorial and protective. If that happens, proper training is key.

"Get training," he said. "Get a professional take on the level of your dog’s intensity, then do some mock practices of people coming to the door and just calming your dog down and showing them that it’s safe," he said.

"Just be responsible with your dog, it’s for the dog, to keep your dog safe, that’s the key thing," he added.

Leading economic powers conferred by video link with Ukrainian President Volodymyr Zelenskyy on Monday as they underscored their commitment to Ukraine for the long haul with plans to pursue a price cap on Russian oil, raise tariffs on Russian goods and impose other new sanctions.

After years of playoff disappointments, the Colorado Avalanche are back atop hockey's mountain with a 2-1 Game 6 win against the two-time defending Stanley Cup champions Tampa Bay Lightning.