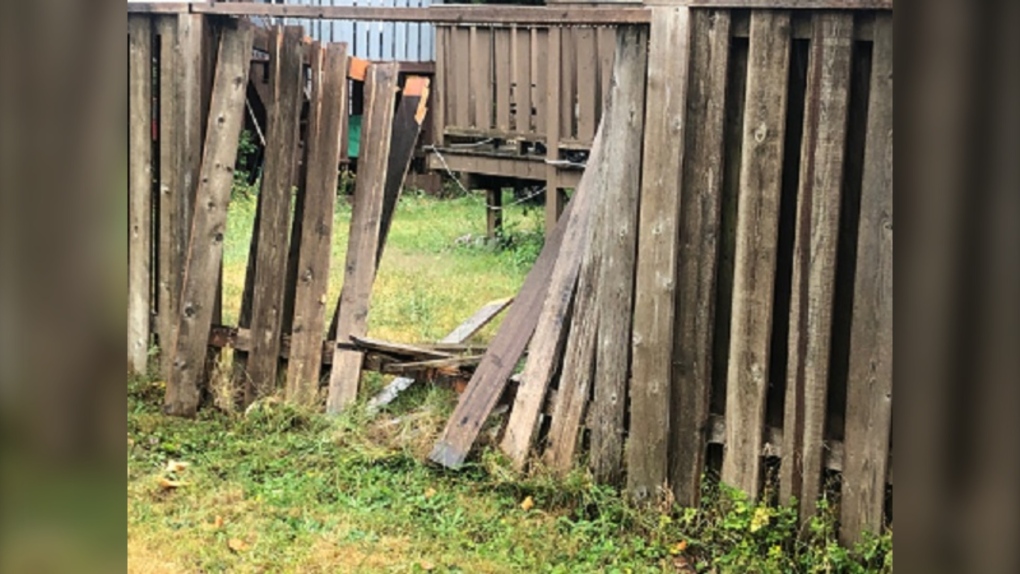 According to police, the vehicle came around a corner at high speed and smashed into a wooden fence, causing significant damage, then backed up and drove away from the scene. (Campbell River RCMP)

Mounties in Campbell River responded to more than 200 calls for service over the Canada Day long weekend. Now, they are appealing to the public for help with some of the investigations those calls generated.

Police are looking for the driver of a blue Ford Ranger extended cab that was seen driving erratically on Penfield Road near the Willow Point Sportsplex on June 28.

According to police, the vehicle came around a corner at high speed and smashed into a wooden fence, causing significant damage, then backed up and drove away from the scene.

Police said the area is frequented by children, so the incident could have had tragic consequences.

Witnesses described the truck in question as having a white canopy, police said. There were reportedly two young men in the truck at the time of the collision.

Campbell River RCMP are also appealing to the public for information about an incident in which someone managed to start a digger from a highway work site near the Roberts Lake rest area.

Police said the individual caused significant damage to BC Hydro power lines and a power pole sometime late in the night on July 2 or early in the morning July 3.

"The careless way in which the individuals involved conducted themselves put the public at great risk and they could have easily harmed themselves too," said Const. Maury Tyre in a release.

Anyone with information about either of these incidents is asked to call Campbell River RCMP at 250-286-6221, or to call Crime Stoppers at 800-222-8477 if they wish to remain anonymous.