Call for coaching codes of conduct after harassment allegations at UVic 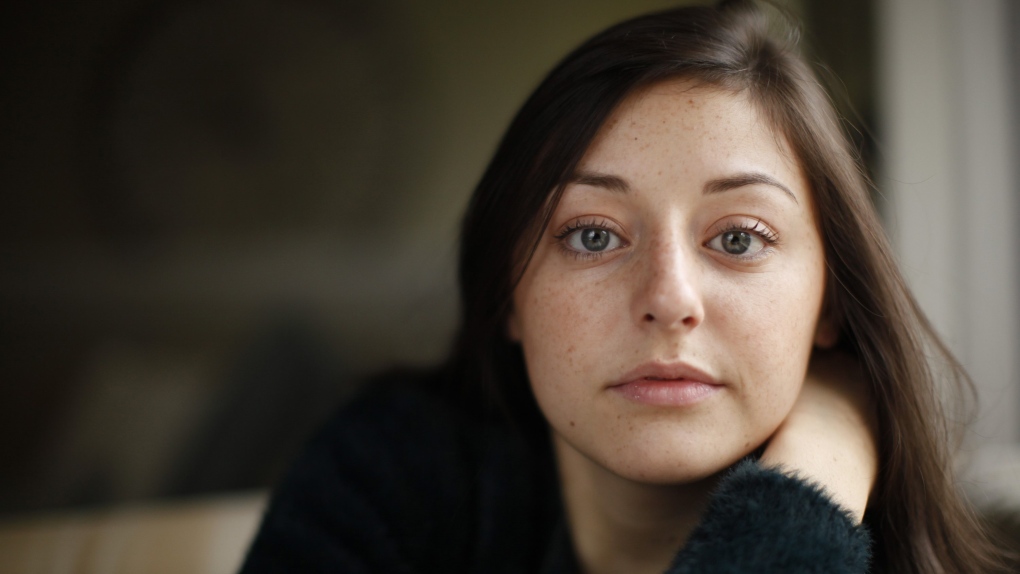 Former University of Victoria coxswain Lily Copeland is photographed at home in Brentwood Bay, B.C., on Saturday, November 16, 2019. Advocates are urging post-secondary institutions in British Columbia to create coaching codes of conduct after harassment and verbal abuse complaints were made against a rowing coach at the University of Victoria. THE CANADIAN PRESS/Chad Hipolito

VANCOUVER -- Post-secondary institutions in British Columbia are being urged to create coaching codes of conduct after verbal abuse complaints were made against a rowing coach at the University of Victoria.

The school began developing a code following the allegations. But like many other colleges and universities in B.C., it responds to complaints using a campus-wide discrimination and harassment policy that doesn't include language that is specific to sports.

Joanna Waterman, the mother of one of three rowers who complained about coach Barney Williams, said an adjudicator hired by the school found his behaviour didn't breach the harassment policy but “may not meet a coach's code of conduct” or “safe sport guidelines.”

“Your policy allows for a coach to lock our daughter in a small room ... and aggressively berate and humiliate her until she was so scared she cried and bore her nails into her palms, drawing blood, to try to withstand the trauma,” Waterman wrote in a letter to the university's president.

“Your policy allowed for him to publicly humiliate, fat shame and torment her about her mental health.”

The Canadian Press has not seen the adjudicator's report. The complainants declined to share it after the university warned they may face disciplinary action if they breach confidentiality. They also say they fear compromising a separate, ongoing investigation by Rowing Canada.

The Canadian Press has previously reported allegations that Williams yelled at Waterman's daughter Lily Copeland in a locked room until she cried and dug her nails into her hands, shouted at her in front of others, criticized her weight and made demeaning comments about her anxiety disorder.

Williams, who remains head coach of the women's team, said this week that he still cannot comment on the allegations due to confidentiality.

He has previously said he regards coaching as a privilege and responsibility, and is committed to continued professional growth to help student athletes become the best version of themselves.

Several rowers coached by Williams, including four current or former members of the University of Victoria women's team, have defended him as a dedicated and inspiring leader.

Athletics director Clint Hamilton said he expects the code of conduct will be in place by the fall and it will clearly state expectations for coaches and align with safe sport principles, which are widely recognized guidelines to prevent and respond to abuse.

A university spokesman said he could not comment on the adjudicator's report because the provincial privacy law, collective agreements and internal policies bar it from discussing confidential matters.

“These legal constraints continue to apply even if others attempt to characterize portions of confidential reports to support their point of view,” said Paul Marck.

The school's limited ability to provide information publicly has been inaccurately portrayed by some as hiding the truth or supporting an abusive coaching culture, which is not the case, he added.

Of the 25 public post-secondary institutions in B.C., 14 have competitive sports programs. Seven lack a coaching code of conduct. But even among the seven that have such a code, most don't use it to judge complaints and instead rely on general policies that apply to all employees.

Paul Melia, president of the Canadian Centre for Ethics in Sport, said a code is important because over time certain behaviours become normalized within the culture of sports. A strong code clearly defines forms of mistreatment, sets penalties for violations and helps change the culture, he said.

“Workplace codes may be more general and not take into account some of the specific kinds of circumstances that might arise in sport,” he said.

However, the way the codes are applied varies. Coaches at Okanagan are judged by the code if an athlete files a complaint, while coaches at Camosun are judged against workplace policies as well as standards set by their governing athletic associations.

At Vancouver Island University, athletes can raise issues about coaches to the athletics director, which are then judged against the code, but complaints about abuse, harassment or sexual misconduct are pursued under policies that aren't sports-specific.

Similarly, students at the College of the Rockies can contact student affairs leadership about coaches but formal complaints are pursued under campus-wide policies.

Simon Fraser, Langara and Capilano did not respond when asked whether their codes are used to judge complaints. But all have broader policies on their websites where students experiencing mistreatment are directed.

Nearly all the schools that have codes are smaller institutions that belong to the Canadian Collegiate Athletics Association, which mandated members to align with the federal government's Safe Sport for All initiatives established last year.

The initiatives led by previous sports minister Kirsty Duncan include a confidential help line to provide advice on reporting abuse. Critics have argued it needs to be paired with an independent investigative body, since athletes are typically referred back to their sports organization.

Selkirk College, like the University of Victoria, says it's working on a code.

The province's largest university, the University of British Columbia, has a code for volunteer and seasonal coaches but not staff coaches, who instead must adhere to a respectful-environment statement for all employees.

“It is outside the ministry's legislative mandate to oversee the internal development of institutional policy and administrative processes,” it said, adding that by law the university or college president is responsible for staff conduct issues.

The national governing body for university sports, U Sports, also has not handed down any mandates on safe sports or codes of conduct. Spokesman John Bower said coaches are university employees and are covered by provincial law, labour policies and collective agreements in some cases.

“U Sports does promote safe sport while respecting the jurisdiction of our member institutions,” he said.

Doug White, a retired rowing coach who has led teams at the University of Victoria and at the national level, said he was disappointed by the school's handling of complaints against Williams. He added it was “bizarre” that it did not have a coaching code of conduct.

“From my perspective, the university should be a leader in this field,” he said. “They should be leading, developing a system that would be free of abuse.”

This report by The Canadian Press was first published March 15, 2020.