Buses will be free in Victoria on New Year's Eve 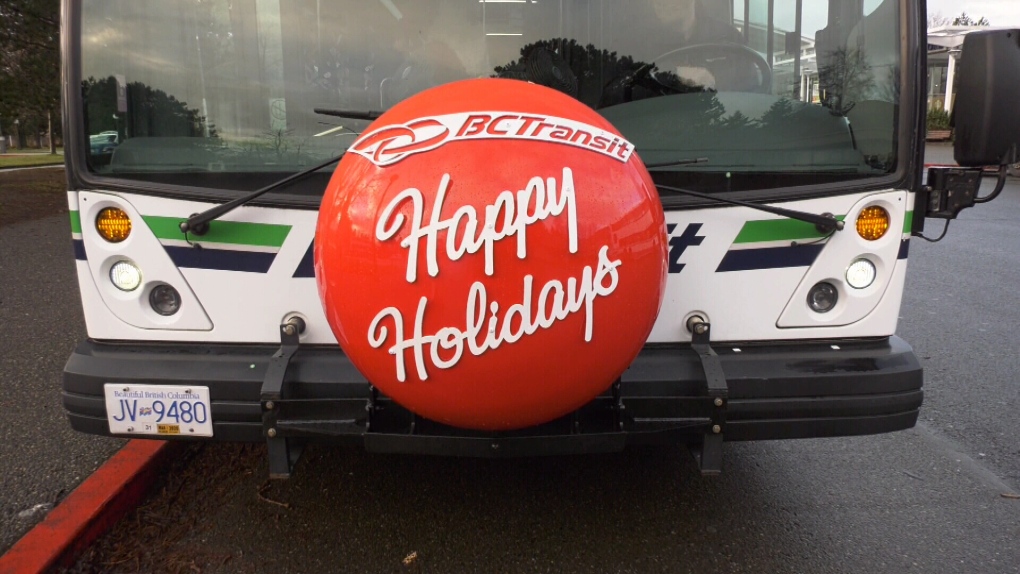 VICTORIA -- This year, to ring in the new decade, BC Transit is offering free service in the Greater Victoria area on New Year's Eve.

After 6 p.m. on Dec. 31, all BC Transit routes in the Victoria region will be free, and service will be extended into later hours, the equivalent of a Friday night on all routes.

The transit service is encouraging Victorians to use public buses if they plan on celebrating the new year with a few drinks.

"New Year's Eve service will be free after 6 p.m. again this year so we're very excited to offer that in partnership with the Victoria Regional Traffic Commission," said Jonathan Dyck, communications manager for BC Transit.

"So people will have a safe ride for New Year's Eve on BC Transit."

Meanwhile, public transit users who are planning on taking the bus today, Friday, Dec. 13, might just run into Santa on their commute.

Santa and his elves will be riding a number of buses across Vancouver Island and handing out free candy canes to riders to help spread a little holiday cheer.

"It's great for all the kids and all the people waving to Santa makes his heart warm," Santa told CTV News while standing in front of a BC Transit bus Friday.

"People are waving and honking their horns, everybody's having a good time," added Santa. "How can you not smile? It's Christmas!"

Meanwhile, transit users should be aware of additional service changes in Victoria during the holiday season.

On Christmas Day and Boxing Day, buses will only be running on a Sunday-level of service in Victoria. Then, on Wednesday, Jan. 1, 2020, service will again be reduced to Sunday levels.