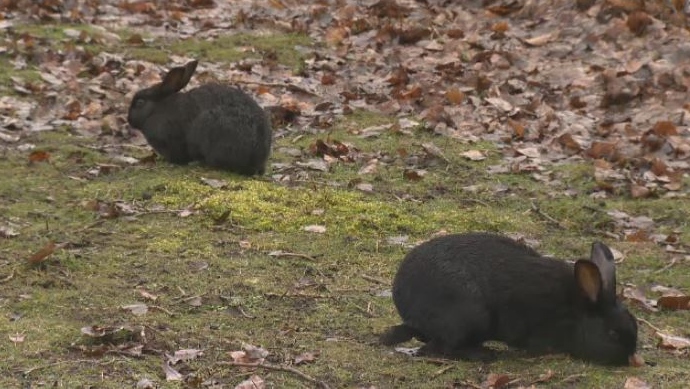 For the second year in a row, a lethal and rare virus affecting rabbits has been detected on Vancouver Island.

The ministry of forests issued a news release confirming four feral rabbits in Parksville were killed by rabbit haemorrhagic disease, a calcivirus that is extremely infectious among rabbits.

Most rabbits infected with the disease die suddenly, but can exhibit signs of "listlessness, lack of coordination, behaviour changes or trouble breathing before death" up to nine days after infection.

Many rabbits will bleed from the nose when they die.

The disease only affects European rabbits and not North American rabbits, and does not spread to other animals like cats or dogs.

Anyone who owns pet rabbits in the area is being urged to take precautions against the virus by practicing good hygiene when handling their animals and steering clear of areas where other rabbits have fallen ill.

Last year, hundreds of feral rabbits in Nanaimo were killed by an outbreak of the disease, with most of those deaths occurring on the Vancouver Island University campus.

Anyone who wants more information on rabbit haemorrhagic disease or how to keep their animals can ask a veterinarian about vaccinations. More information is available on the BC SPCA's website.