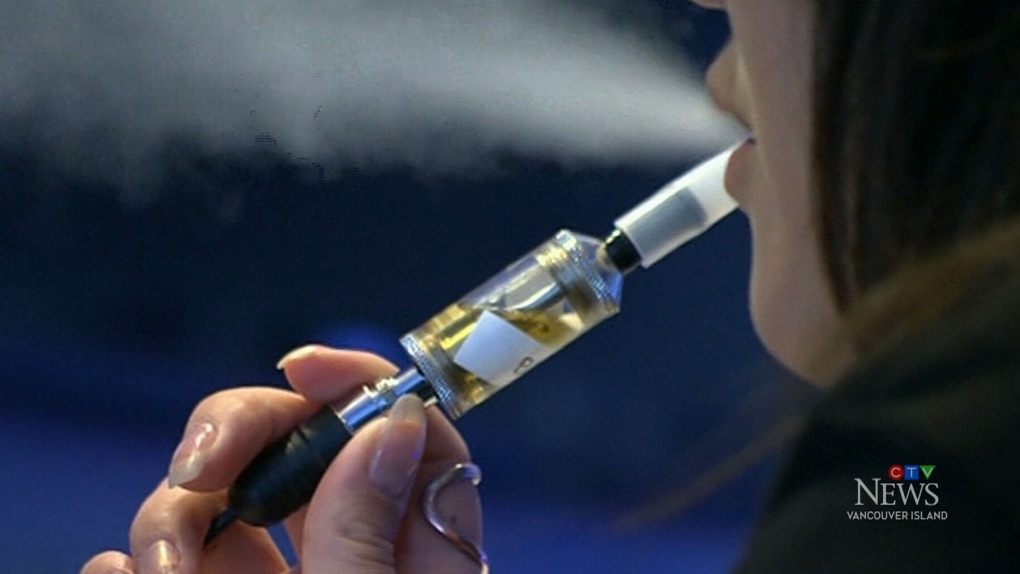 The B.C. government is set to announce new rules for vaping. (CTV News)

VICTORIA - The British Columbia government is expected to announce changes today around vaping especially in regards to young people in the province.

He said the action would involve first-of-its-kind regulations in Canada with a goal of making vaping as socially unacceptable as smoking cigarettes are to young people.

The B.C. School Trustees Association has asked the government for help, saying many districts in B.C. are spending too much time monitoring and addressing the problem of vaping in schools.

Health Canada said last week that the province may now have three possible vaping-related illnesses and the provincial health officer said the number was likely to rise as more of the illnesses were reported and investigated.

Health Canada has issued a warning to people who vape to monitor themselves for symptoms of vaping-related pulmonary illness following hundreds of such cases in the United States and a few in Canada.

This report by The Canadian Press was first published Nov. 14, 2019.