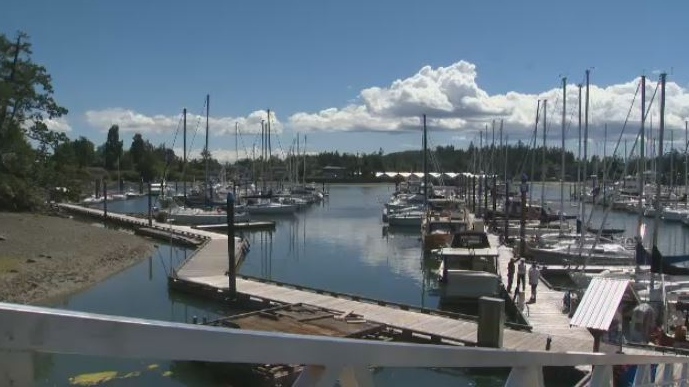 The body of a 60-year-old man was found floating in the waters off the North Saanich Marina Mon., July 2, 2018. (CTV Vancouver Island)

The death of a man whose body was found floating near a marina in North Saanich has been deemed not suspicious.

Mounties were called to the North Saanich Marina at 8:50 a.m. Sunday morning after the man's body was found floating in the water.

The man was determined to be 60 years old but investigators aren't releasing any other details about him.

RCMP confirmed late Monday night that the man did not meet with foul play and his death is not considered suspicious.

The investigation is now in the hands of the BC Coroner's Service.