‘Bob’ the bull elk freed from wire in Youbou 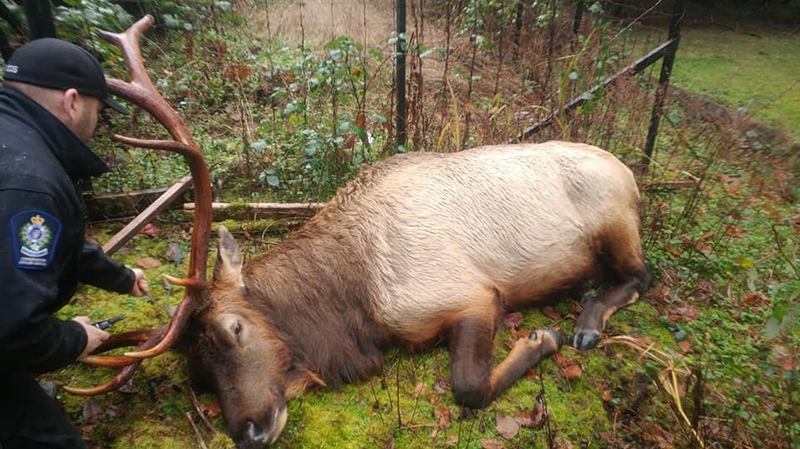 A massive Roosevelt elk was tranquilized so conservation officers could remove wire wrapped around its antlers in Youbou, B.C. Jan. 6, 2019. (Facebook)

A bull elk on Vancouver Island, known by locals as "Bob,” has rejoined his herd after being freed from a potentially life-threatening situation.

The elk had somehow managed to wrap clothesline wire around his antlers and neck.

BC Conservation Officer Mark Kissinger tells CTV the wire was starting to cut into the animal’s fur and breaking its skin. It would have eventually infected Bob, Kissinger says.

Officers spotted the big animal in Youbou, west of Duncan, on Sunday morning.

According to Kissinger, they tranquilized the animal with a new drug called BAM so they could remove the unwanted headgear.

The biggest difference is that it has a reversal, acting like naloxone for counteracting tranquilizer effects, Kissinger added.

Officers also checked on Bob’s health and tagged the Roosevelt elk, which is considered an endangered species on the Island.