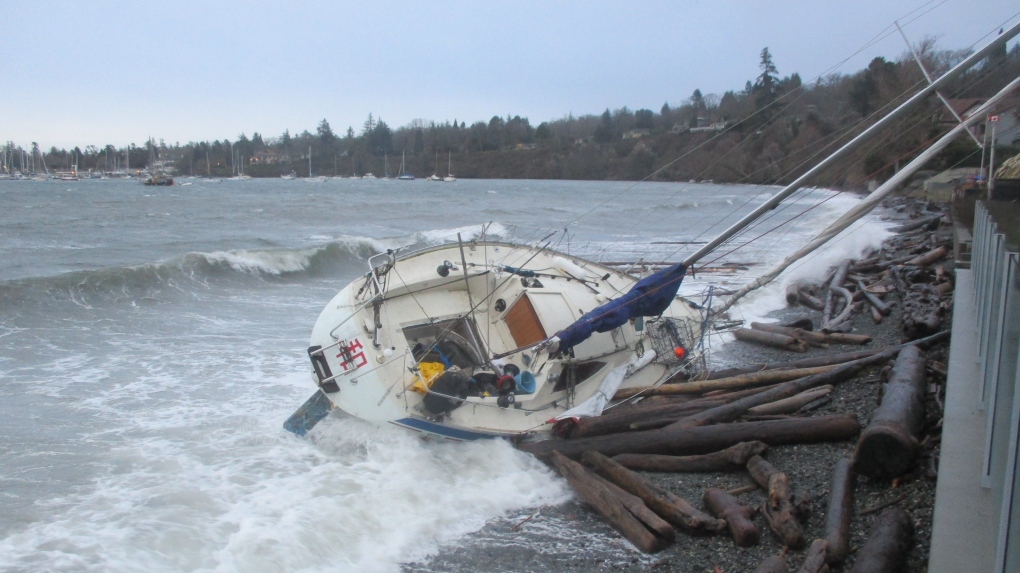 The boat washed ashore Wednesday and was towed away Thursday: (Eric Dahli)

VICTORIA -- An unmanned sailboat washed up on Cadboro Bay earlier this week and came dangerously close to damaging property on a residence.

Cadboro Bay Residents Association chair Eric Dahli said he was notified Wednesday about a 30-foot boat washing up on the beach. The mast ended up hanging over a glass seawall fence of a property.

“We are not sure if it was at anchor or on a buoy, but it broke loose and came ashore and was resting dangerously up against a home with glass panels,” said Dahli.

On Thursday morning, a group of divers were able to pull it off the beach, but the property owner paid for the bill.

“The homeowner was concerned about the risk of thousands and thousands of dollars to have glass panels replaced,” said Dahli. “We don’t think that the owner of the property should be responsible for someone else’s lack of attention.”

Dahli said this is an ongoing problem and wants boat owners to be held responsible.

“We had eight derelict boats on the beach removed plus two on the bottom that was done on Dec. 7. This is the first of the new crop,” he said.

His association is working on a long-term solution that would put the clean up responsibility on the boat owners when they’re tied up in the bay.

“Right now it is the Wild West out there, anybody can come in here and tie up so we are trying to fix that,” he said.

Boats that wash ashore also bring dangerous objects and debris to the beach that pose a risk to young children who play on the shore.