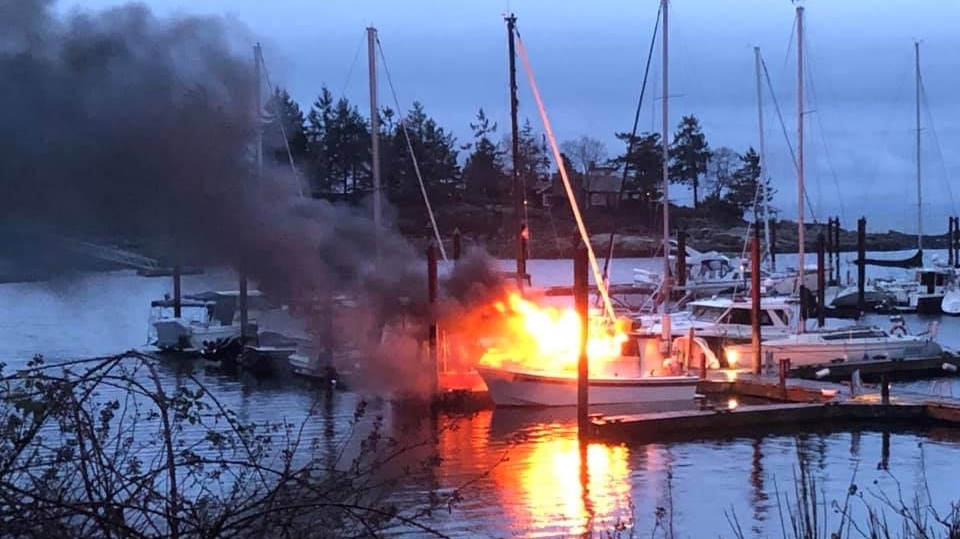 NANOOSE BAY -- A boat moored at Schooner Cove Marina in Nanoose Bay was destroyed by a fire Sunday afternoon, causing it to eventually sink to the bottom of the ocean.

The Nanoose Bay Volunteer Fire Department responded to the blaze and had to run hundreds of feet of hose along the docks to get to the boat fire.

Crews were able to contain the blaze to the one vessel. However, a sailboat sitting beside the engulfed boat did sustain exterior fire damage.

An oil-slick boom now surrounds the sunken vessel, preventing any contaminants from spreading. The boom will remain at the marina until a salvage crew is able to remove the boat. 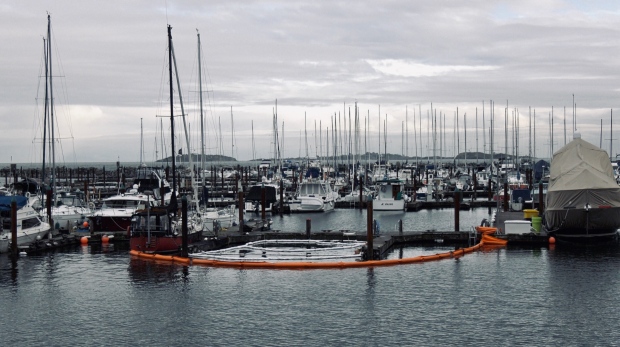 Nanoose Bay Fire says the boat was a Tollycraft and no one was inside nor injured during the blaze.