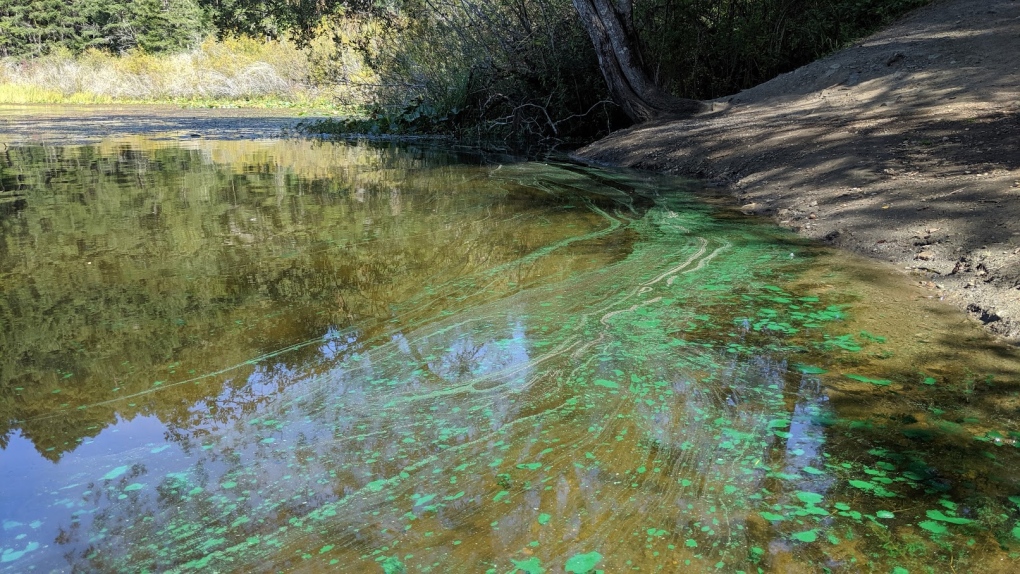 A Blue-green algae bloom is pictured at Prior Lake: (CTV Vancouver Island)

VANCOUVER -- A popular swimming spot in B.C.'s capital region has been closed due to algae.

The Capital Regional District announced Sunday that potentially toxic blue-green algae has been found at Thetis Lake, and visitors are advised to avoid swimming in the lake and keep pets on-leash as a result.

A similar advisory was previously issued for Prior Lake, which is also located in Thetis Lake Regional Park. That advisory remains in effect, the CRD said.

Blue-green algae can produce cyanotoxins, which can cause headaches and abdominal pain in humans and can lead to lethal liver damage in dogs, according to the CRD.

Park attendants, bylaw officers and RCMP members were all on scene Sunday to ensure that visitors comply with posted signs about the swimming closures.

Officers were also there to enforce liquor and parking rules, according to CRD staff.

Algae blooms are not always easy to see, and toxins can be present in the water even if you cannot see a bloom, the CRD warns.