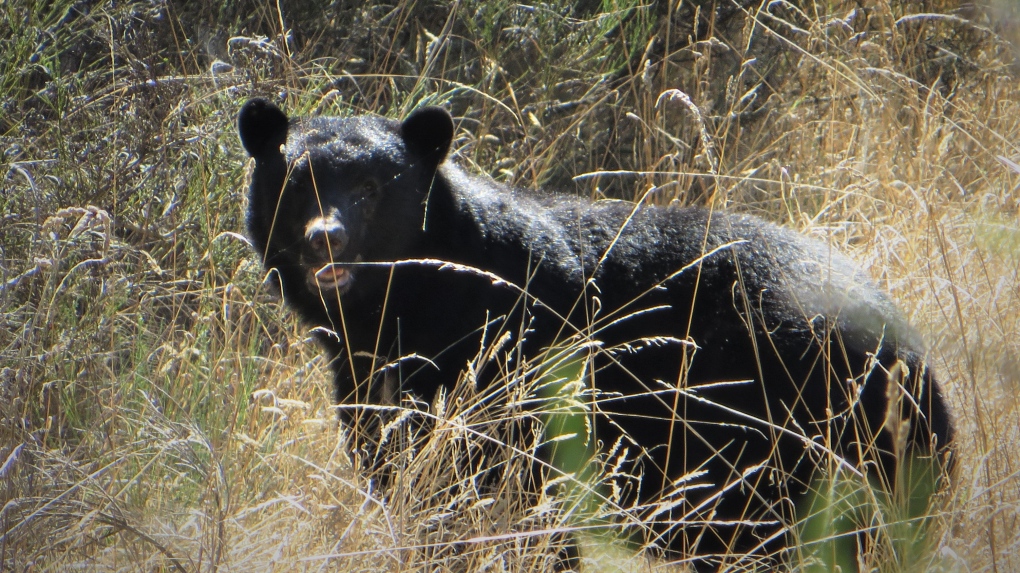 A photo that was taken several years ago shows a black bear in the same area where Monday's sighting took place: (Saanich Police)

VICTORIA -- The Saanich Police Department and Saanich Pound Inspectors are issuing a warning after a black bear was spotted in the area on Monday afternoon.

Police say that the bear was spotted in the 200-block of Goward Road at approximately 1:45 p.m.

A resident told police that they saw the bear attempt to open a garbage bin on their property. The resident was then able to yell at the bear to scare it away from the home.

The police department and pound are now advising that residents ensure that their garbage cans are secure, as bears are beginning to reemerge from hibernation.

“Bears are in the process of waking from their winter hibernation, so they will be out foraging for food and sightings of bears will be common,” said police in a release Tuesday.

Police say that garbage cans should be locked, and ideally stored inside of a structure, like a closed garage, to help deter bears from visiting their neighbourhood.

Following the bear sighting, the BC Conservation Officers Service (BCCOS) was notified.

On Monday, the service received four reports of cougar sightings in the South Island. One Colwood couple was able to snap pictures of a cougar that was sitting on their property Monday night.