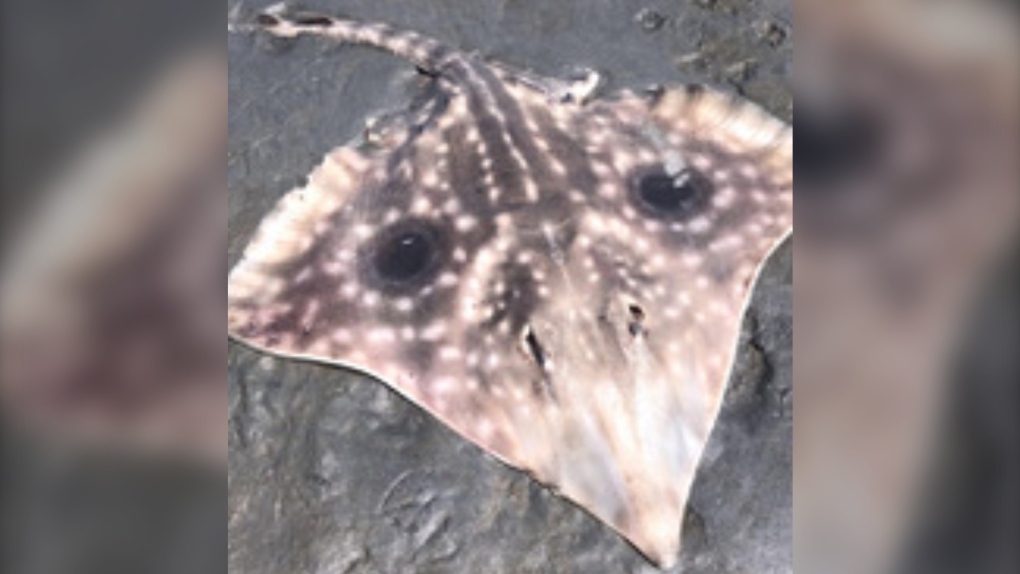 The big skate is found in the Pacific Ocean from the Baja California Peninsula to the Bering Sea. (Lisa Hopkins)

VICTORIA -- A Vancouver Island woman discovered a rare sight on the beach at Cordova Bay, north of Victoria, on Thursday.

While walking her dog, she stumbled upon a Raja binoculata, commonly known as a big skate.

Translated from Latin, Raja binoculata means "two-eyed stingray," and that's essentially what the big skate is, minus the poisonous barb of its stinging cousin. 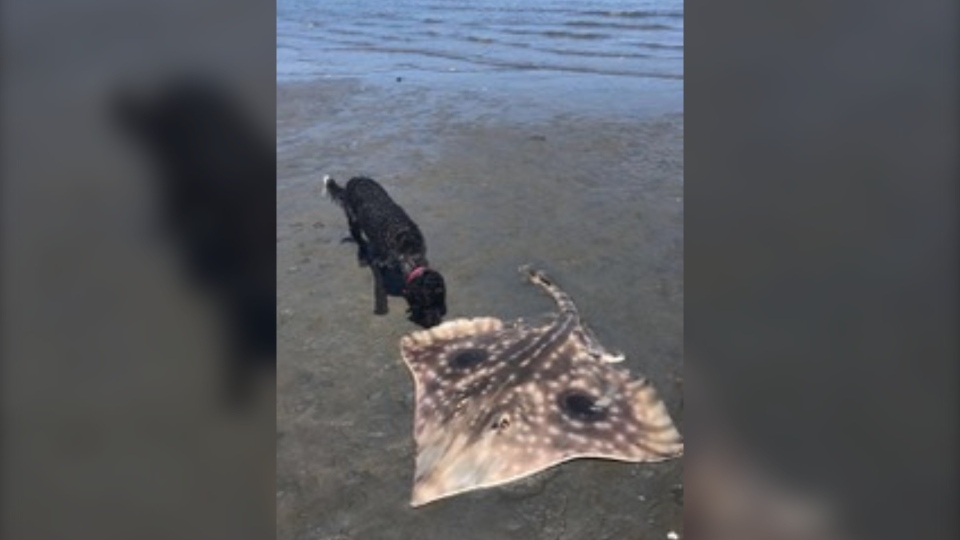 While the fish isn’t uncommon in B.C. waters, they don't turn up too often on Vancouver Island beaches.

"We usually come across one of these once a year during low tides," said Lisa Hopkins, whose daughter photographed the fish.

"It was already dead and the dog was just sniffing it."

Paul Cottrell, a marine coordinator with Fisheries and Oceans Canada, identified the fish and tells CTV News the species is found in the Pacific Ocean from the Baja California Peninsula to the Bering Sea.

The Ucluelet Aquarium recently showcased some rare big skate embryos that washed ashore on the west side of Vancouver Island.