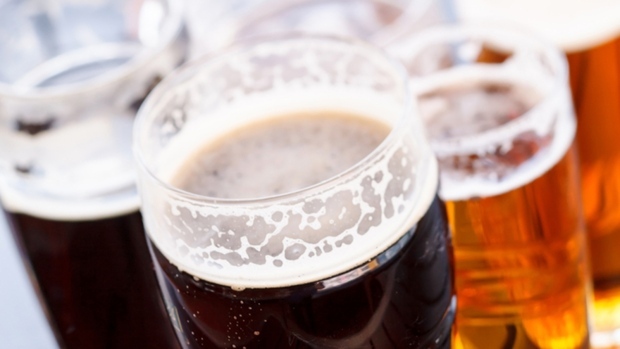 The event was launched to support local breweries, especially since indoor dining remains closed in B.C. due to COVID-19 health orders.

VICTORIA -- Victoria beer lovers are in for a treat with the launch of the new "Victoria Ale Trail Passport," which showcases local breweries and offers beer fans a chance to win prizes for supporting local businesses.

The Victoria Ale Trail Passport is a month-long event that includes 14 local breweries. At each of the breweries, beer fans can get their "passport" stamped and enter to win a competition for prizes once they've collected six stamps.

Enthusiastic beer drinkers can also complete more than one passport during the event, which runs from May 1 to May 31. Winners will be selected after the first week of June, according to the BC Ale Trail.

"Victoria has long been hailed as the cradle of the craft beer revolution, home to Canada’s first brewpub and some of B.C.’s most popular breweries," said the BC Ale Trail in a release Tuesday.

The beer sampling event was launched to support local breweries, especially since indoor dining remains closed in B.C. due to COVID-19 health orders.

"Most of the breweries and brewpubs have breezy patios where you can enjoy a beer in the sunshine, or you can pick up packaged beer to go," he said. "Either way, you’ll earn a stamp and feel good about investing your dollars back into our community."

A list of the 14 participating breweries can be found below. Victoria Ale Trail passports can be picked up and submitted at any of these breweries during the month of May: