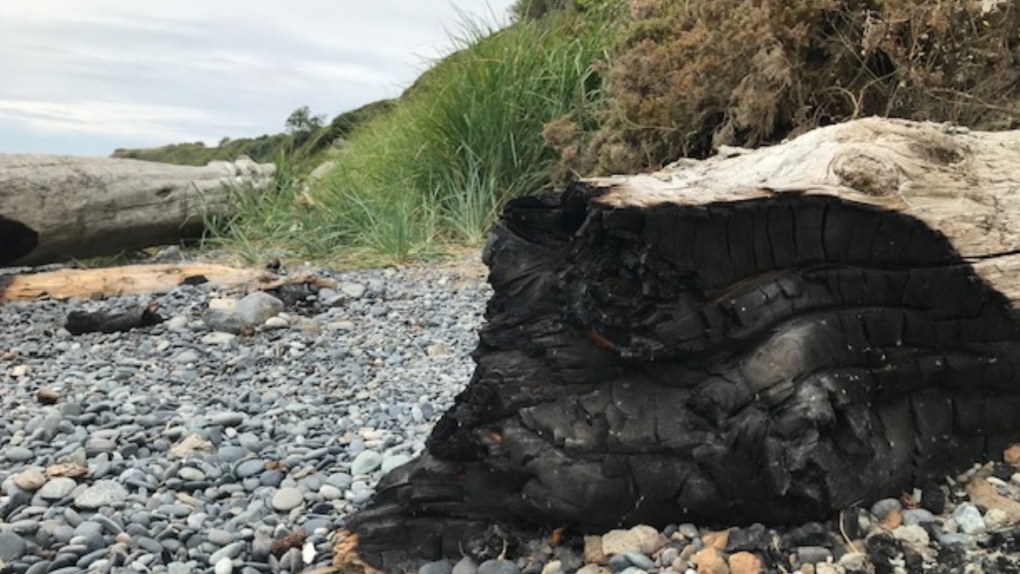 The Victoria Fire Department is asking people to cool it when it comes to fires along one of the city's most popular beaches near Beacon Hill Park. (CTV)

VICTORIA -- The Victoria Fire Department is asking people to cool it when it comes to fires along one of the city's most popular beaches near Beacon Hill Park.

The department says there has been a noticeable increase in beach fires compared to last year on the beaches along Dallas Road, three times as many, in fact.

Deputy fire chief Chris Royle wants to remind people that fires are not permitted on the beach. The area is considered park land and people need written authorization from Victoria's parks department to have a beach fire. There is also no open burning allowed in the City of Victoria right now due to dry conditions.

Fires also pose a risk of spreading beyond the beach, Royle says.

"We have a lot of grass and foliage that grows along the banks here, so if a fire was to be left down here, potentially out of control, we do have a nice breeze along the water front as well which could push some flames up the bank,” he says. “And then from there, with the dry weather we're experiencing right now, we'd have a very good opportunity of fire spreading up the bank, up to either homes or other adjacent properties.”

Smoke from fires can also pose a health risk for some vulnerable people with respiratory conditions.

Most people are cooperative when asked to extinguish their fires, Royle says, adding that asking people to do so provides an opportunity to educate them about the bylaw and the hazards of open beach fires.

If you are thinking of having a beach fire in Victoria, you may want to think again. A beach fire offence can result in fines ranging from $350 to $2,000.