BC Wildfire Service warns season not yet over amid drought

BC Wildfire Service warns season not yet over amid drought 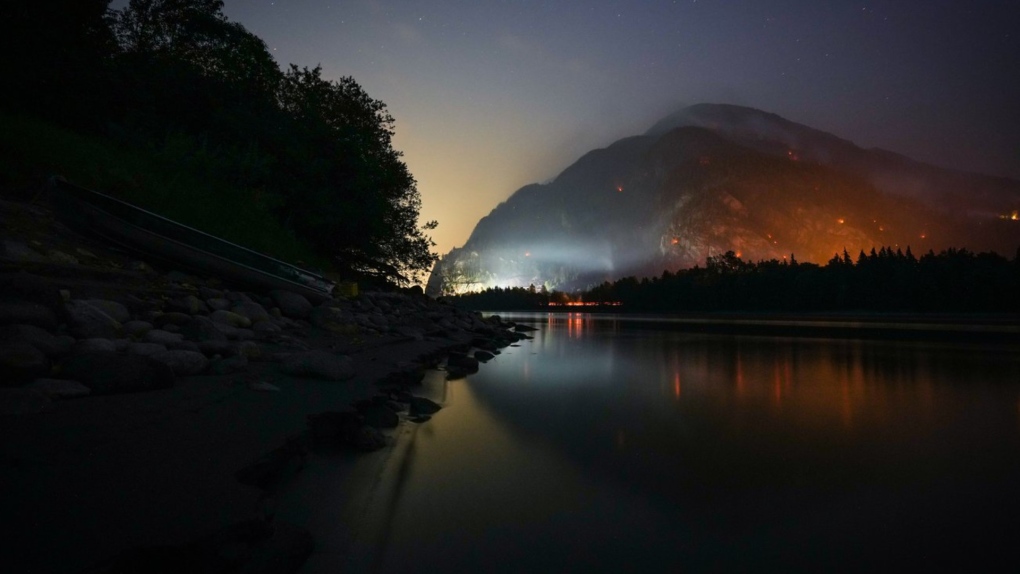 The Flood Falls Trail wildfire burns above the Fraser River in Hope, B.C., Monday, Sept. 12, 2022. As hot and dry conditions persist in the province, the superintendent of BC Wildfire Service's predictive services unit warns fire season in British Columbia is not yet over. THE CANADIAN PRESS/Darryl Dyck
Vancouver -

Seemingly endless summer conditions in British Columbia have prompted a warning that this year's “very unique fire season” in the province is not yet over.

Hot and dry conditions persist, something the superintendent of the BC Wildfire Service's predictive services said is “quite problematic,” and creates conditions for potential ignitions across B.C.

Neal McLoughlin said the season was unusual because it started slowly and was damp, with a delayed snowmelt, then it transitioned into hot, dry conditions by July that continue to persist into October.

Temperatures are about five to eight degrees above normal for this time of year, and there's been little to no rain in several parts of B.C. in weeks.

“We are starting to switch the status of a lot of our fires to 'being held' or 'under control,' but there still is fire activity on the landscape,” McLoughlin said in an interview. “I would suggest, while we are maintaining this hot, dry, precipitation-free period, fire season is by no means over yet.”

The service is citing a below-average season for area burned, and while lightning-caused fires reached about twice the average in August, low winds help crews to fight the fires, McLoughlin said.

“Strong winds are basically the accelerator on a fire in terms of its rate of spread and how far it can grow,” he explained.

He said between 10 and 20 millimetres of rain across B.C. over a one- or two-day period would likely be needed for the service to consider fire season over.

“Although we're not seeing as many human-caused fire starts and lightnings are tapering off, it only takes one ignition under the right conditions, and we could see a large fire or an aggressive day in terms of fire behaviour.”

While the wildfire service downgraded the last so-called “wildfire of note” on Sept. 24, more than 160 wildfires continued to burn across the province on Friday, two dozen of them had been sparked in the last week.

This comes as the Forests Ministry warns about drought conditions in parts of the province. Vancouver Island, the inner south coast and the northeast corner of the province reached the second-most severe level of drought on the five-point rating scale.

The ministry ranked those areas at Drought Level 4, meaning conditions are extremely dry and will likely have unfavourable effects on everything from jobs to ecosystems.

“While most forests can withstand occasional water shortages, repeated droughts cause stress to forests and trees. When trees are stressed, they are at higher risk of pests and disease,” the ministry said in an emailed statement.

It said forest health is a “key priority” for the province.

“Strategies are being developed to ensure future forests are healthy and resilient in the face of climate change and changing weather conditions. These include using adaptive management to mitigate risks through planting a wider diversity of native species that can better tolerate drought,” it said.

Robert Guy, a professor of forestry and tree physiology at the University of British Columbia, said he's “not terribly concerned” about the dry start to fall. He said droughts are more problematic to forest health during the spring, when growth occurs.

“Overall, I don't think having a drought at this time of year is going to be terribly consequential and in terms of forest growth,” Guy said. “Fires are, of course, a concern at any time of year when it's this dry though.”

However, he said recurrent droughts do make trees more vulnerable to fires and insect attacks.

“One summer is not so bad, but two or three in a row, then you start to see problems, particularly with young trees. Trees where the root systems don't go particularly deep are the most vulnerable to drought,” he said.

“If this were to extend into next fire season, and then maybe another season where we have two to three back-to-back years where we have very dry conditions, that typically will then be a lead into a very catastrophic fire year,” he said.

It is too early to predict whether the drought will affect next season, McLoughlin said.

“We do have higher drought conditions leading into the end of our fire season, which could carry over into next year if we don't see good overwinter precipitation and recovery from a precipitation and moisture perspective,” he said. “So, there's the possibility, but it's not to say that there's certainty that will play out.”

The BC Wildfire Service plans to release a comprehensive wildfire summary later this month.

This report by The Canadian Press was first published Oct. 1, 2022.