BC Transit rolls out 25 new natural gas buses in Victoria 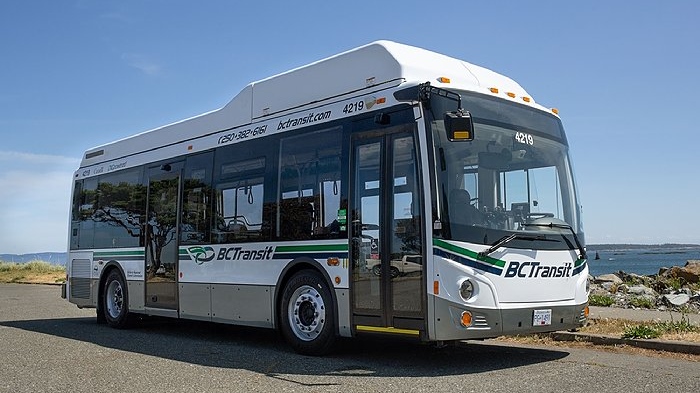 A medium-duty BC Transit CNG bus is shown: (BC Transit)

VICTORIA -- BC Transit is adding 25 new compressed natural gas (CNG) buses to its Victoria fleet over the next several weeks.

According to BC Transit, CNG buses provide both environmental and economic benefits to the community.

Costs for maintaining and fueling the natural gas buses are also kept local, with a CNG operations facility located in Langford.

The 25 new CNG buses coming to Victoria are considered “medium-duty” vehicles. Each bus can carry up to 44 passengers and is outfitted with a bike rack and LED destination sign. Full driver doors have also been installed as a health safety measure.

The first CNG buses to come to Victoria were “heavy duty” vehicles that entered service in late February.

BC Transit says it plans to add a total of 99 CNG buses to fleets across the province by the end of this year.

By 2040, BC Transit plans to have an entirely zero emission bus fleet.

“Investing in modern and accessible public transportation systems is essential to building inclusive and resilient communities,” said Catherine McKenna, federal Minister of Infrastructure and Communities in a release Wednesday.

Each of the new medium-duty CNG buses cost approximately $455,000. Funding for the buses was split between all levels of government, with the federal and provincial governments contributing 40 per cent of the costs each, and the Victoria Regional Transit commission providing the remaining 20 per cent.