BC Transit may cancel Victoria buses due to snow

BC Transit may cancel Victoria buses due to snow 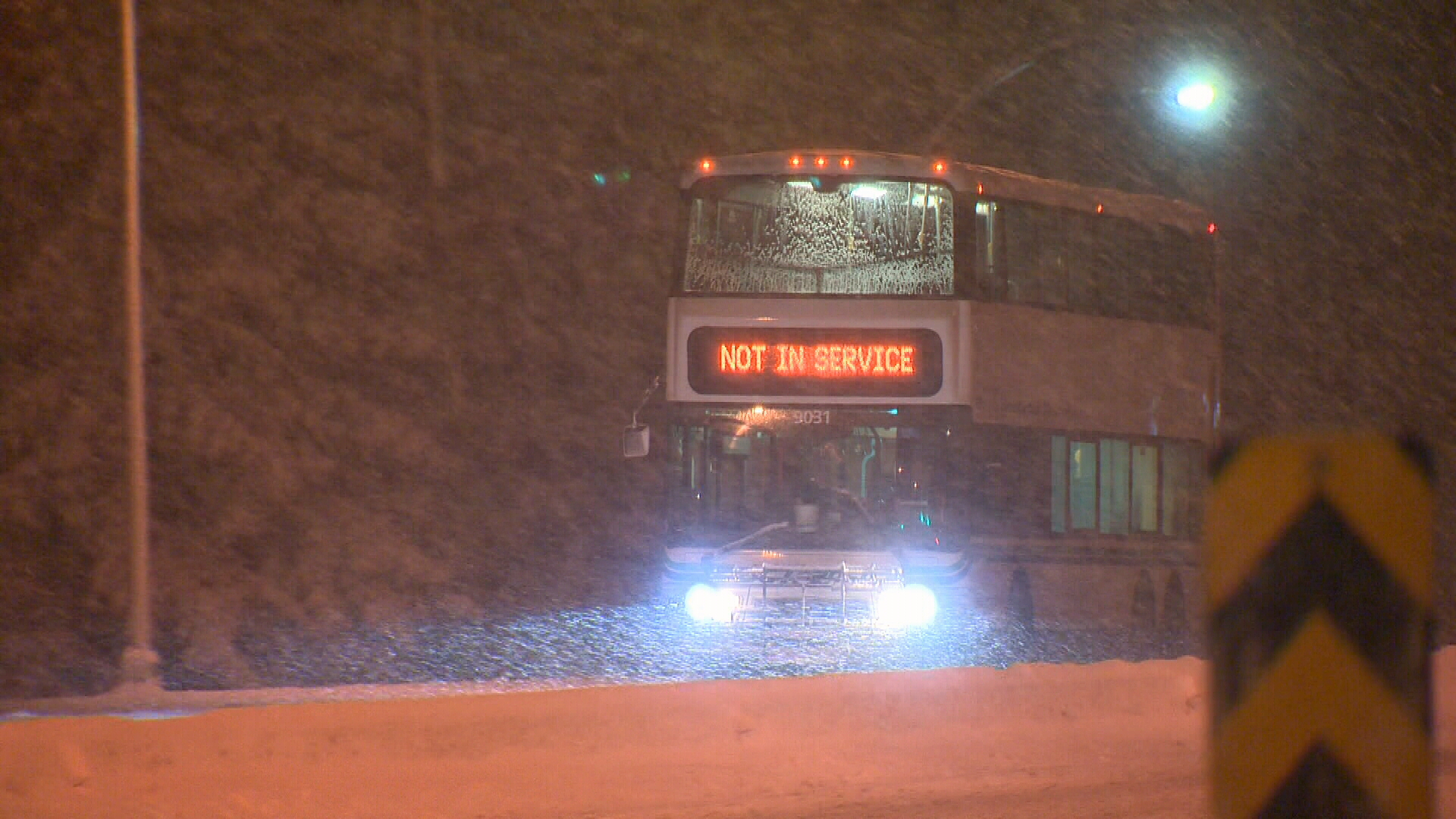 Snow is in the forecast for Vancouver Island this week. (CTV News)

BC Transit is warning commuters of possible delays on Tuesday because of snowfall in the region's forecast.

On Monday, Environment Canada warned that Greater Victoria could see snowfall on Tuesday and Wednesday, which may result in poor driving conditions.

The inland regions of Vancouver Island could also see up to 15 centimetres of snow over the next two days, according to the weather office.

BC Transit says riders should check its website or phone the company at 250-382-6161 to check for any delays, detours or cancellations in the Greater Victoria area on Tuesday.

The B.C.-based group Road Safety at Work is also encouraging drivers to be cautious amid snowy and icy conditions.

The group says drivers should give themselves extra time to get to their destinations and to drive below posted speed limits, which are set for ideal conditions.

Drivers should give themselves at least four seconds to respond to the vehicle in front of them during icy conditions and should accelerate and stop gradually, particularly at intersections.

⚠️❄️ #YYJ #RiderAlert #YYJTraffic - Due to snowfall expected Tuesday (Nov. 29), please expect delays, detours & cancellations.
Get #RiderAlerts at 💻 https://t.co/lLVrZGEgTA or 📞 250-382-6161. Thanks for your patience and we apologize for any inconvenience.

"Winter weather and road conditions push our driving skills to the limit," said Trace Acres, spokesperson for the group's annual Shift into Winter campaign, in a release Monday.

"The critical zone for driving safety in cold weather falls between 5 C to -5 C so keep an eye on the thermometer before heading out," he said.

"You have to watch out for yourself and for others sliding into your path," said Acres.

The group also recommends that drivers have four matching winter tires. In many highways across B.C., including on the Malahat stretch of Highway 1 on Vancouver Island, winter tires or all-season tires are required until March.

The federal government failed to spend tens of billions of dollars in the last fiscal year on promised programs and services, including new military equipment, affordable housing and support for veterans.

Federal New Democrat Leader Jagmeet Singh says he will call on the House of Commons to hold an emergency debate on the privatization of health care.

Economic matters will be top of mind for parliamentarians as they return to Ottawa to kick off a new year in federal politics.

A suicide bomber struck Monday inside a mosque within a police compound in the northwestern Pakistani city of Peshawar, killing at least 28 people and wounding as many as 150 worshippers, most of them policemen, officials said.

When 1990s suede fringe jackets started making a comeback last year, a U.K.-based vintage clothing company decided to order four tonnes of suede from a supplier in the United States. Along with that shipment came a once-in-a lifetime discovery.

Anti-poverty activists are praising the Quebec basic income program as a good step toward helping people meet their basic needs — but say strict eligibility criteria exclude many of the province’s lowest-income residents.

On a bleak, windswept hillside in northeast Ukraine, three young boys recently discovered a cell phone signal, something difficult to find in their region since Russia invaded their country. and they've set up a makeshift school around the signal.