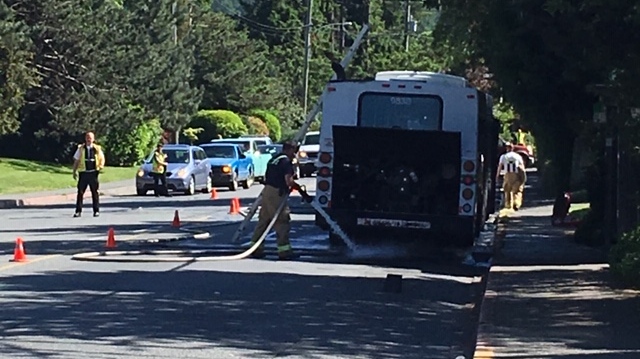 Firefighters douse a fire that broke out on a BC Transit bus in Saanichton Wed., May 22, 2019. (CTV Vancouver Island)

Firefighters responded to a bus that caught on fire at the Saanichton Exchange Wednesday.

BC Transit confirmed the fire broke out on one of its buses at the exchange, but could not describe the size of the fire or whether anyone was on board when it flared up.

The fire appeared to be out as of 4 p.m., and firefighters were seen hosing down the back end of the bus.

BC Transit said it would conduct an internal review to find out what happened.