BC Liquor stores transitioning all plastic bags to paper 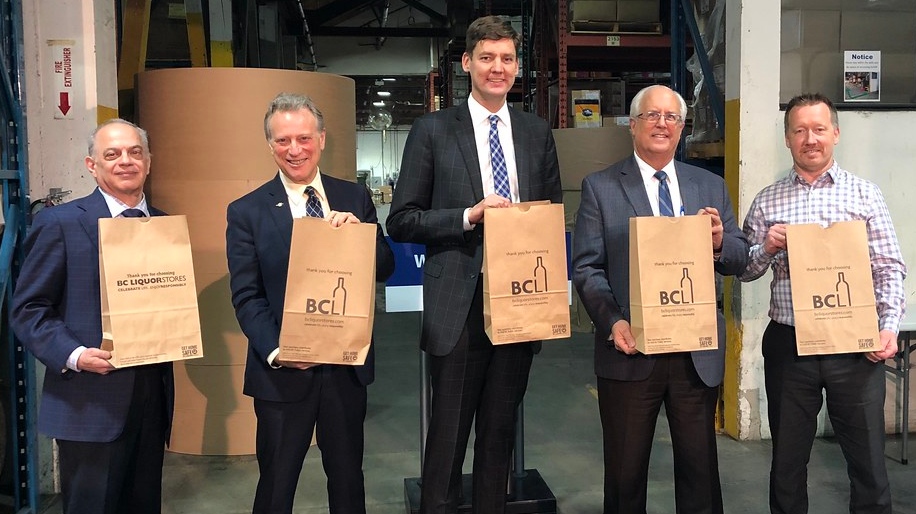 The Government of British Columbia has selected Richmond-based Bulldog Bag Ltd. to provide paper bags to all 197 government-owned and operated BC Liquor Stores. (BC Gov)

VANCOUVER - The province says BC Liquor stores will start switching from plastic to paper bags later this month.

The government says it has selected Richmond-based Bulldog Bag to provide paper bags to all 197 government-owned and operated stores.

Locations on Vancouver Island will be making the switch on Nov. 25, followed by stores in Metro Vancouver by Feb. 3 and the rest of the province by Mar. 9.

Attorney General David Eby says the move will keep 22 million plastic bags a year out of the landfill but customers will also be charged 10 cents for the paper bags in an effort to encourage them to bring reusable bags.

"Our government is committed to protecting B.C.'s environment, both today and for future generations," said Eby in a news release Thursday.

"Too often, single-use plastics end up polluting our oceans, waterways, parks and forests," added Eby. "At a minimum, the action taken today will mean that there will be 22 million fewer plastic bags in the landfill."