BC Hydro restores power to thousands in Victoria 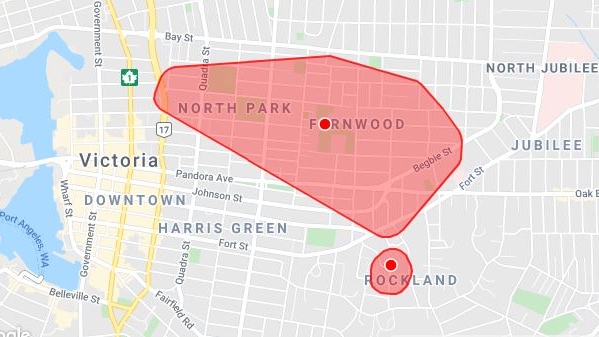 The Fernwood-area power outage was first reported at 9:25 a.m. Tuesday and was restored later that morning: (BC Hydro)

VICTORIA -- Nearly 4,000 Victoria residents had their power restored Tuesday morning after a large-scale power outage was reported by BC Hydro.

Approximately 3,778 people lost electricity in the Fernwood area at 9:25 a.m. Shortly after 10 a.m., BC Hydro had restored power to the neighbourhood.

The company did not say what caused the outage.

Once power was restored in Fernwood, BC Hydro crews were called to a new outage in the West Shore.

BC Hydro says that crews have been assigned to the outage, which is still under investigation.