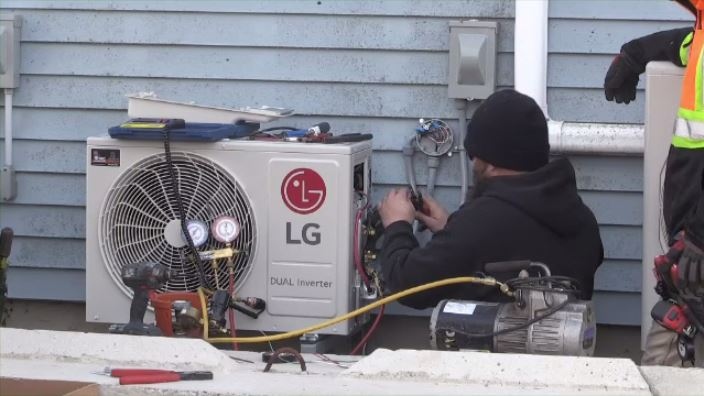 The first real heat wave of the summer is set to sweep across British Columbia this week, and BC Hydro is offering up tips on how to keep energy costs down during the season.

The energy provider says air conditioning (AC) usage spikes during the summer, and that more and more British Columbians have been purchasing AC units over the past decade.

While AC is an effective way of keeping your home cool, BC Hydro says some units may not be the most energy efficient.

AC units that hook into windows, rather than "portable" units, are more efficient, particularly if they are Energy Star certified models, according to BC Hydro.

Other simple ways of reducing heat include closing blinds and drapes – which can block out up to 65 per cent of heat – and using a fan, which costs just $7 to run for nine hours a day, according to the company.

BC Hydro also recommends that homes only be cooled to 25 C in the summer, and that air conditioning should be turned off when no one is home.

The company encourages buying heat pumps, which are "more energy efficient than using multiple portable AC units," and notes that provincial and federal rebates are available to make the switch.

Over the past 10 years, BC Hydro says AC ownership has increased from about a quarter of British Columbians to nearly 40 per cent of residents owning a unit.

Last year, amid a summer season that included a fatal heat wave in British Columbia, BC Hydro says 19 of its top 25 single-day summer energy use records were broken – including its all-time summer record set on June 28, 2021.

The company expects summer energy usage to continue trending upwards as global temperatures rise, though it says it's confident it can keep up with demand.