BC Ferries invites unvaccinated workers back amid staffing shortage

BC Ferries invites unvaccinated workers back amid staffing shortage

In the heart of the pandemic, BC Ferries put approximately 150 unvaccinated people on unpaid leave. Now with the federal vaccine mandate lifted, it’s giving those employees a choice.

"Now there's an opportunity for those folks to come back to work, which we’re hoping will provide some relief for the shortage of workers we have," said Eric McNeely, provincial president of the BC Ferry and Marine Workers Union.

BC Ferries is federally regulated as it falls under the transportation sector. The company says it’s now reaching out to those it put on leave to see if they want to work amid significant staffing shorrtages.

"I’m not sure how many will come back and won’t come back yet," said McNeely. "I think there’s still quite a few people who haven’t been contacted."

The union representing BC Ferries workers has two pending arbitrations with the company.

One involves a shore-based employee who feels their job could have allowed them to work from home but wasn’t given the opportunity. The other involves all the employees who were put on unpaid leave.

"We’re certainly looking at what damages occurred and then whether or not the process should occur again if there’s something in the fall," said the union president.

In simple terms, the union is seeking job security for its members if the vaccine mandate is brought back. 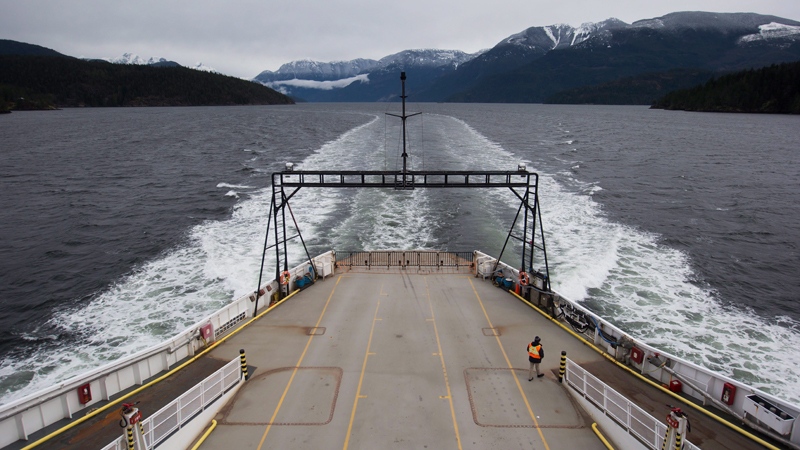 "BC Ferries is one of the few employers that was caught under a government mandate," said Lia Moody, who is the Western Canada practice leader for employment law with Samfiru Tumarkin LLP.

Moody says BC Ferries had no choice but to implement the federal policy. Now that it has been lifted, the company is obligated to either return those individuals to the workplace or offer them a severance package.

She says in this case, BC Ferries needs those employees back because of staffing shortages, but she also points to other sectors where business could still be struggling to rebound, post-pandemic.

"I think the airline sector is a really good example of that," said Moody.

"In any area where business is down or inflationary pressures are expected to do a number on a business' prospects, or they’ve had to reduce services," she said.

While the lawyer says some airlines may not have the funds to bring back unvaccinated workers, BC Ferries is seeing a surge in summer travel. It needs those workers fast or more cancellations are on the horizon.