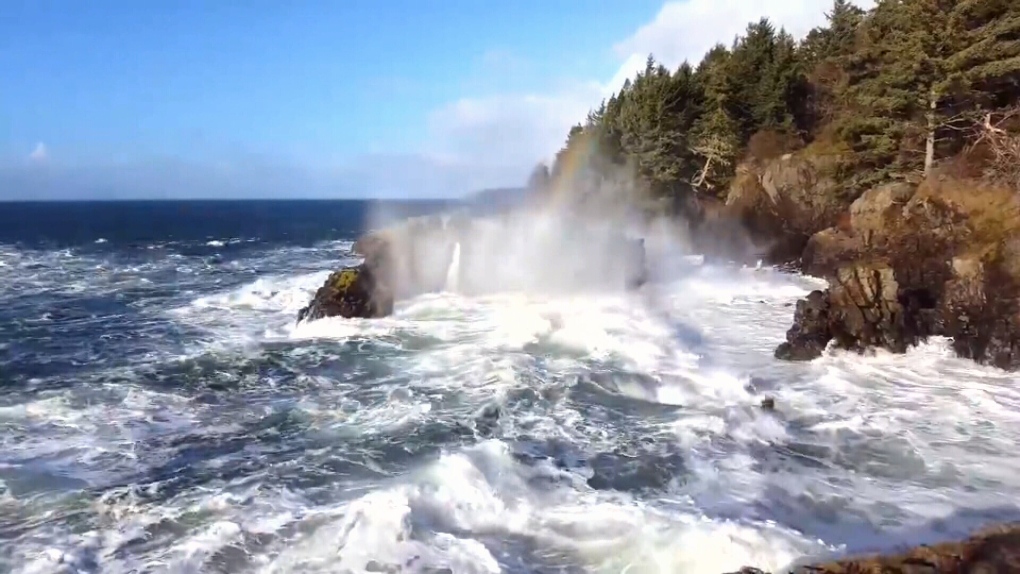 Environment Canada is forecasting more high winds for all areas of Vancouver Island and the B.C. Gulf Islands Monday.

The weather agency issued warnings and advisories early Monday morning, saying winds up to 100km/h are expected over northern and western Vancouver Island and that trees and power lines may be damaged.

The agency says a very strong storm approaching the west coast will bring high southeasterly winds to the region.

The winds are expected to begin to subside late in the afternoon as the low-pressure centre moves onshore.

Winds gusting to 90km/h are expected in Greater Victoria, the southern Gulf Islands and eastern Vancouver Island, while the inland region can expect winds up to 80/km/h, according to Environment Canada.

BC Ferries cancelled nearly all of its sailings into Monday evening due to the high winds.

“The safety of our passengers and crew is of primary importance to us,” the ferry service said in a statement.

“We don’t take the decision to cancel sailings lightly, as we know customers rely on us to get to their destinations. We will resume service as soon as it is safe to do so.”

BC Ferries says it is planning to add additional sailings along its Nanaimo and Victoria routes late Monday night, weather permitting.

The latest BC Ferries schedules can be found here.