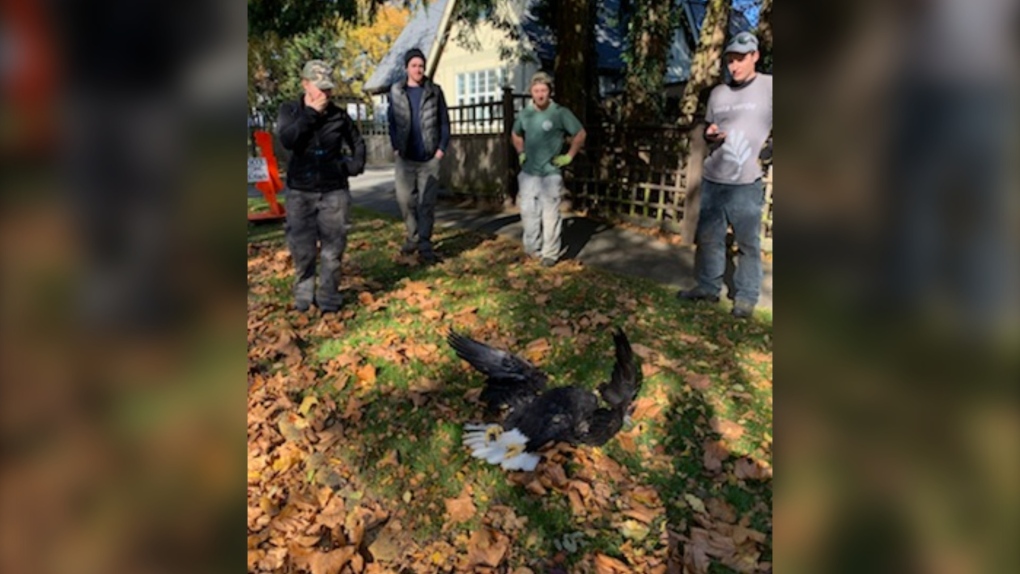 According to BC Hydro, a bald eagle died after colliding with a power line which knocked out electricity to nearly 1,500 BC Hydro customers in Oak Bay. (Submitted)

Nearly 1,500 BC Hydro customers are without power in Oak Bay after a bald eagle brought down a power line Monday afternoon.

According to BC Hydro, the raptor came into contact with an electrical wire near the intersection of Newport Avenue and Currie Road. The energy provider says that the eagle died upon impact.

In total, 1,498 BC Hydro customers have lost power between Bowker Place and Beach Drive.

As of 3:30 p.m., crews were on scene examining the site. According to BC Hydro, power is expected to be restored at approximately 8 p.m. Monday night. The lengthy repair time is due to the complicated task of resetting a power line, according to BC Hydro.

Updates on the power outage can be found at BC Hydro's website here.

Crews will be heading to an outage in #OakBay affecting 1500 customers. They'll continue to post updates as available here: https://t.co/fxGgl42GkV pic.twitter.com/g7r6SgV1F5