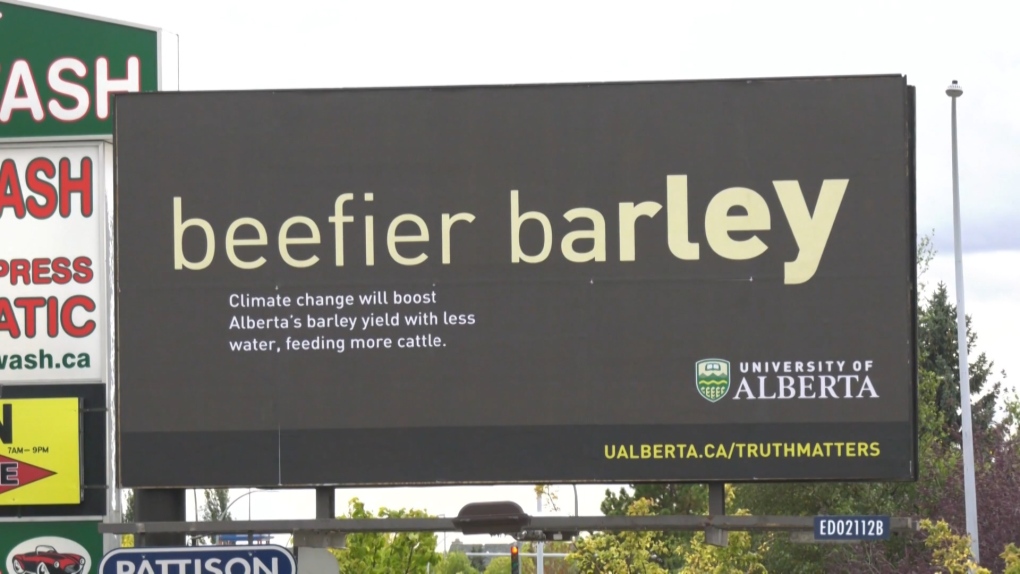 EDMONTON - A top University of Alberta official has resigned after a backlash against a billboard the school put up about the potential benefits of climate change.

Jacqui Tam, vice-president of university relations, says in a statement on the university's website that the public response has made it clear the billboard's wording fails to communicate the meaning and complexity of the research it references.

The ad, which is to be pulled soon, features a headline that reads “Beefier Barley” and says climate change will boost Alberta's barley yield with less water, feeding more cattle.

Several university faculty members and students are among those who have spoken out against the billboard.

The school says it was part of its Truth Matters campaign and references 2017 research, which concluded Alberta's beef industry would benefit from a rise in temperature and humidity.

University president David Turpin says such advertisements are usually approved by the executive before they are published, but for some reason that did not happen in this case.

Tam, who had held the post since July 2017, said in her statement issued on Sunday that her departure is in the best interests of the institution. She said the advertisement's wording allows for “easy misinterpretation.”

“The messaging on the ad called the reputation of the University of Alberta and its extensive research on climate change into question,” she wrote. “As vice-president (university relations), I apologize for this and take responsibility.”

The school had previously responded to the criticism by calling the beef industry research complex and multi-faceted.

“I could understand why people interpreted it the way they did,” Turpin said on Sunday. “It would not have been an ad that, if I had seen, I would have put forward.”

At the same time, he defended Tam's character.

“You look around the world where people are always trying to blame others, find excuses. Jacqui is one of those rare human beings who has the integrity to stand up and take responsibility.” (CTV Edmonton)