Baby owl that fell from nest rescued in Saanich 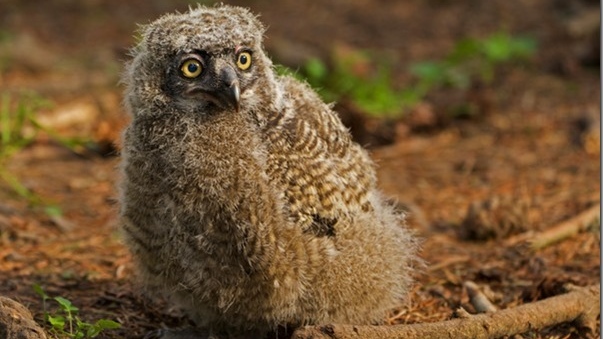 A baby owlet that fell out of a tree in Saanich's Cuthbert Holmes Park has been reunited with its parents. (Courtesy Dorothy Chambers)

Saanich police and wildlife conservationists were on hand for the recent rescue of a baby owl that fell more than 18 metres from its nest.

The great horned owlet was found at the bottom of its nesting tree in Cuthbert Holmes Park.

The nest had been built by volunteers who had been monitoring the site for a month.

A wildlife photographer saw the owlet lying motionless on the ground and thought it had died in the fall, according to Dorothy Chambers, a Cuthbert Holmes Park wildlife advocate.

Volunteers estimate the owlet had been on the ground for two hours. 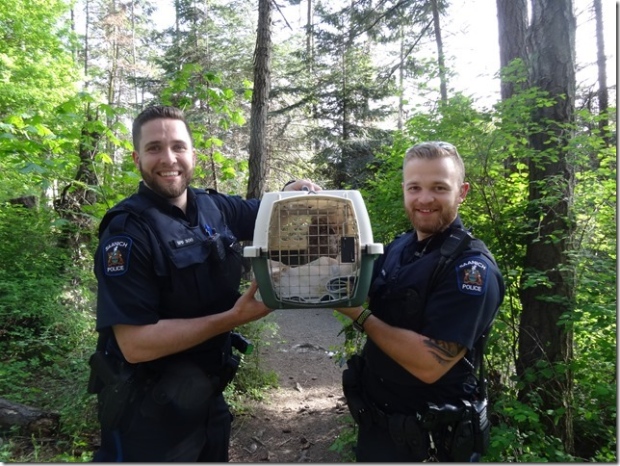 Chambers says the owlet recovered and began making noises and moving about.

The owlet was taken to the Wild Arc wildlife rehabilitation centre in Metchosin.

There the owlet was assessed, fed and found to be in good condition.

Two days later, a tree climber returned the baby owl to the park inside a new woven basket nest.

Great horned owls do not build their own nests, but rather take over abandoned ones, Chambers said.

“Often these nests are in disrepair, which results in a chick or two falling out of the crumbling heap,” she added.

Both owl parents were seen nearby when the owlet was returned, according to Chambers.

The next night, both owl parents stayed near the new nest, and it is hoped they will continue to feed and rear all three of their chicks in the park. 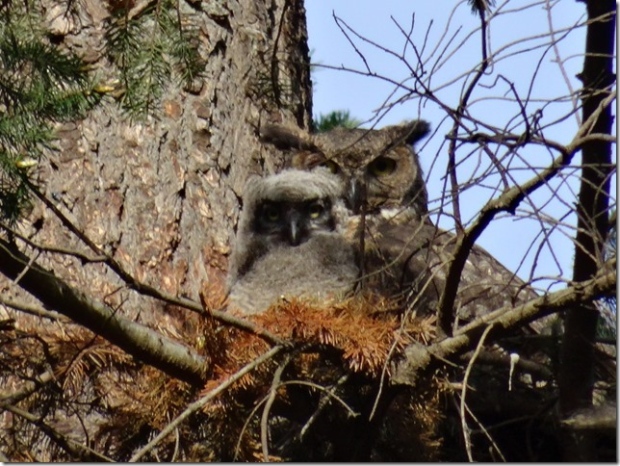