In North Cowichan, B.C., there is a woodpecker – or possibly two – that have been causing concern about the state of the world's largest hockey stick.

The pesky little woodpecker has been slowly popping a hole through the 61,000-pound Douglas fir hockey stick attached to the Cowichan Community Centre over the past two weeks.

"I thought it was looking for bugs but now I’m not sure," said community member Marion Martin.

It's mating season for woodpeckers and according to one Victoria birder, food is not this woodpecker's motivation.

"The hole that he is making there is definitely a potential nest cavity," said Ann Nightingale, a Victoria-based birder. 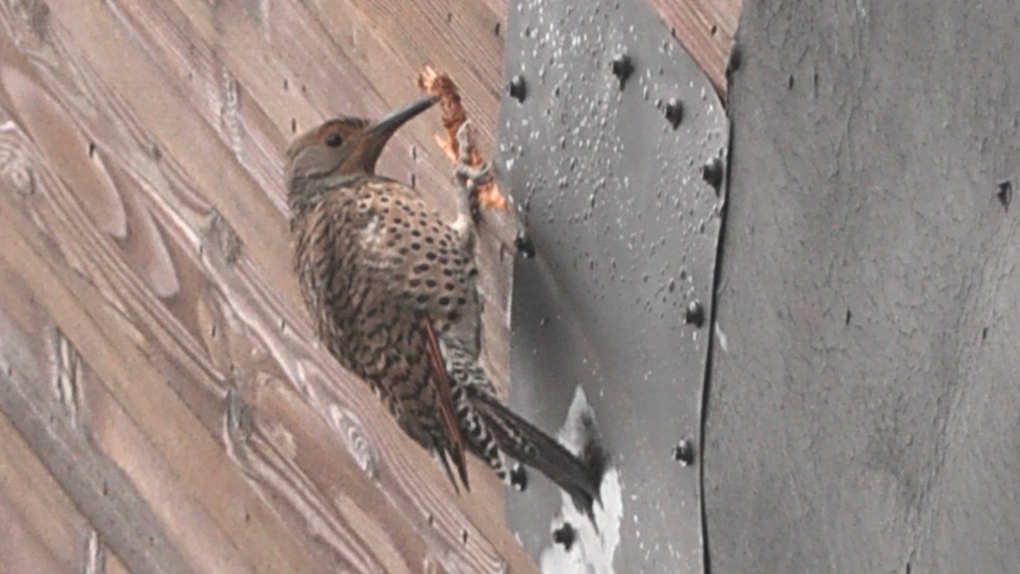 Lorraine Francisty is a figure skating coach at the arena. She was the first to discover the northern flicker and its exploits.

"I came out of the arena and saw the bark mulch on the ground and looked up and there it was," said Francisty.

She alerted arena staff who got up there in a picker and plugged the hole with steel wool.

"Then a week later I noticed the birds had pulled the plugging out," said Francisty.

She has seen two separate woodpeckers here over the past few weeks, possibly a male and female.

"I think this one has a mate," said Nightingale. "My guess is this is a male."

Arena staff then covered the hole with a steel plate, prompting the persistent pecker to find a new part to drill. 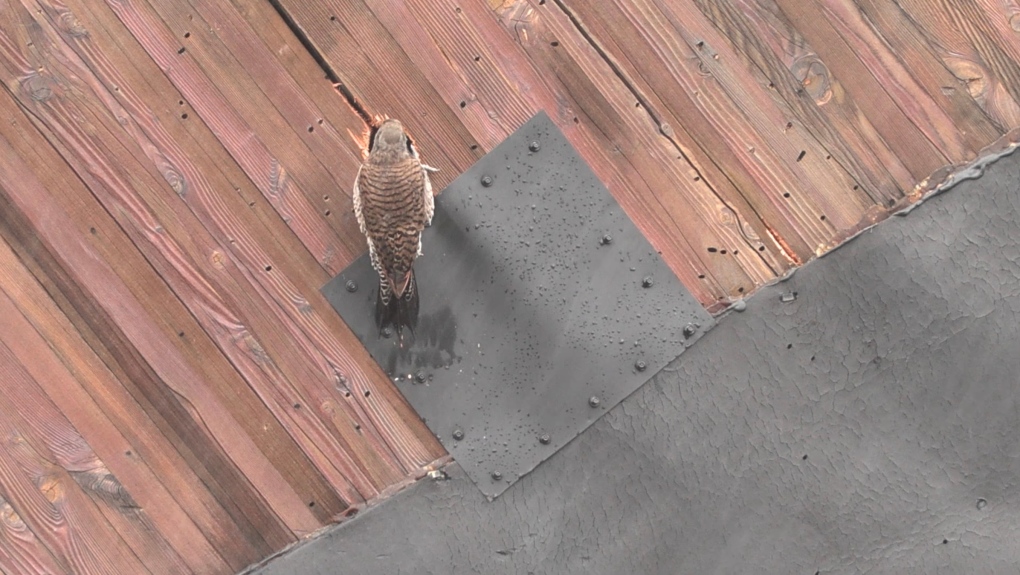 Francisty has concerns about the damage being done to the town's iconic landmark.

But how do you convince a bird, dead set on making a home in this massive piece of real estate with a view, to move along?

"It’s really hard to discourage them, but one of the things you can do is to set them up with a better house," said Nightingale.

The birder suggests setting up a nest box in the area. But that alone won’t be the solution as woodpeckers can be picky.

"Fill it full of wood chips because they love to throw the wood chips out of the nest cavity, it makes them feel like they’re actually building it," said Nightingale.

"You might be able to draw the birds away from the stick with better housing," she said.

Recreation centre staff say the plan is to bring in another lift to inspect the hole. If a nest has already been established, they say they want what's best for the family of birds and will leave them alone for the season.

Aryna Sabalenka, a 24-year-old from Belarus, who won her first Grand Slam title by coming back to beat Wimbledon champion Elena Rybakina 4-6, 6-3, 6-4 at Melbourne Park on Saturday night, using 17 aces among her 51 total winners to overcome seven double-faults.

A Palestinian gunman opened fire outside an east Jerusalem synagogue Friday night, killing seven people, including a 70-year-old woman, and wounding three others before he was shot and killed by police, officials said.

At least three people were killed and four others were wounded in a shooting in California area early Saturday morning.

How to fix a howitzer: U.S. offers help line to Ukraine troops

Using phones and tablets to communicate in encrypted chatrooms, a rapidly growing group of U.S. and allied troops and contractors are providing real-time maintenance advice -- usually speaking through interpreters -- to Ukrainian troops on the battlefield.