B.C. selling less legal cannabis than any province other than P.E.I. 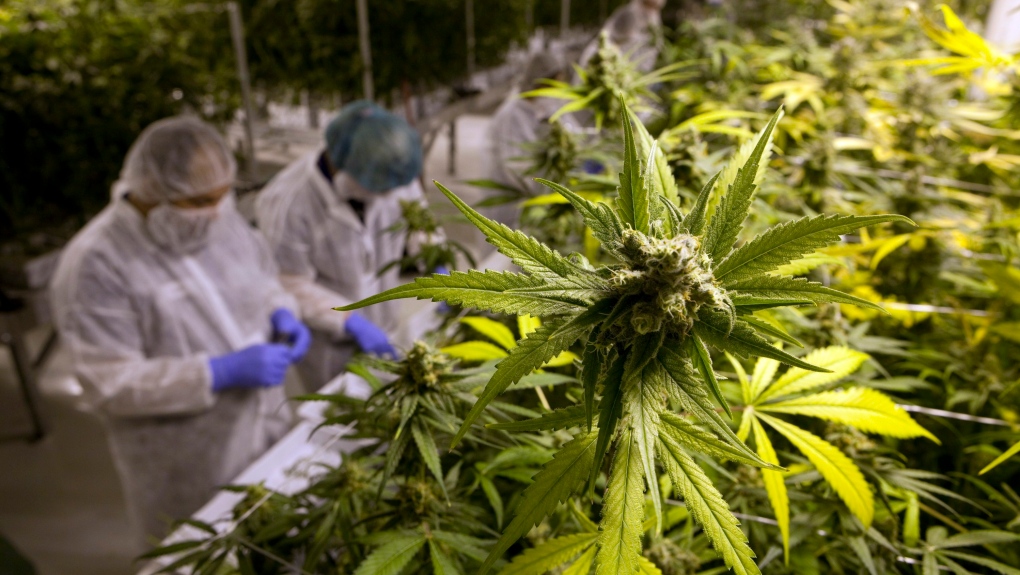 VANCOUVER - British Columbia sold less legal cannabis than any province other than Prince Edward Island in the first nine months of legalization and officials blame supply shortages and a slow rollout of retail stores.

Statistics Canada data shows B.C. sold $19.5 million worth of legal pot from October 2018 through June 2019. The only province that sold less was P.E.I., which took in $10.7 million with only a fraction of B.C.'s population.

In its annual report, B.C.'s liquor distribution branch said problems with supply and slower than anticipated provincial and municipal approvals resulted in the province's cannabis industry evolving at a slower rate.

Alberta has sold the most legal pot, raking in $123.7 million from its dozens of licensed stores. Ontario, which only began opening brick-and-mortar shops in April, sold $121.6 million while Quebec sold $119.2 million.

B.C.'s liquor distribution branch said in its report that Statistics Canada estimates $2.2 billion worth of cannabis was sold in the fourth quarter of last year across the country, but 65 per cent of it was purchased illegally.

The branch report said its strategy on pricing is focused on being competitive with the illegal market and there were 212,000 retail transactions through store and online sales, with an average transaction value of $74.38, in the first six months of legalization.

When edibles are introduced, the industry will need to adapt again, it said.

Branch CEO Blain Lawson said it had a $2 million revenue shortfall this year, due mostly to the upfront costs of adding the distribution and retail sale of cannabis to its operations.

The national supply shortage has held back legal sales across the country, but B.C. was slow to open stores and it also has the strongest black and grey market in Canada, said Michael Armstrong, an associate business professor at Brock University in St. Catharines, Ont.

Vancouver and Victoria granted business licences to illegal dispensaries in the years prior to national legalization, and some of those shops have remained open despite not being authorized under the new regime, he noted.

“If there are hardly any stores, yeah, some people will go to the government website, but most people ... if they're already getting good service, they'll just keep going to their grey market or black market retailer,” he said.

He said price and quality are the two biggest factors in a cannabis consumer's decision of where to shop. Price isn't playing a big role yet because the product shortage means legal stores sell out no matter what, he said.

“There are enough consumers who are willing to pay the roughly 40 per cent extra for the legal cannabis,” he said. “As product supply improves ... then the price competition will be much more important.”

As for quality, Armstrong said legal cannabis has an advantage when it comes to consistency and safety. But illegal pot users frequently report that legal weed isn't as potent as the best that's available on the black market, he said.

Legal edibles are expected to become available toward the end of this year, he added, and the industry has been putting a lot of money into developing products that aren't really available in the black market, such as cannabis drinks.

Some think these products will boost the legal market, but others aren't convinced people will switch from drinking a beer to a weed cooler, Armstrong said.

Provincial governments, particularly in B.C. and Ontario, should focus on opening more stores, he said, and Health Canada needs to continue issuing licences to growers so they can scale up production.

Once the market is more competitive next year, governments need to reconsider their tax regimes, particularly the complicated excise tax, which differs by jurisdiction and creates challenges for industry, he added.

“On a more average $10-a-gram product, a $1 excise tax is a big chunk and if you want to compete with black market prices that are $5 or $6 a gram, it's very difficult for the legal industry.”