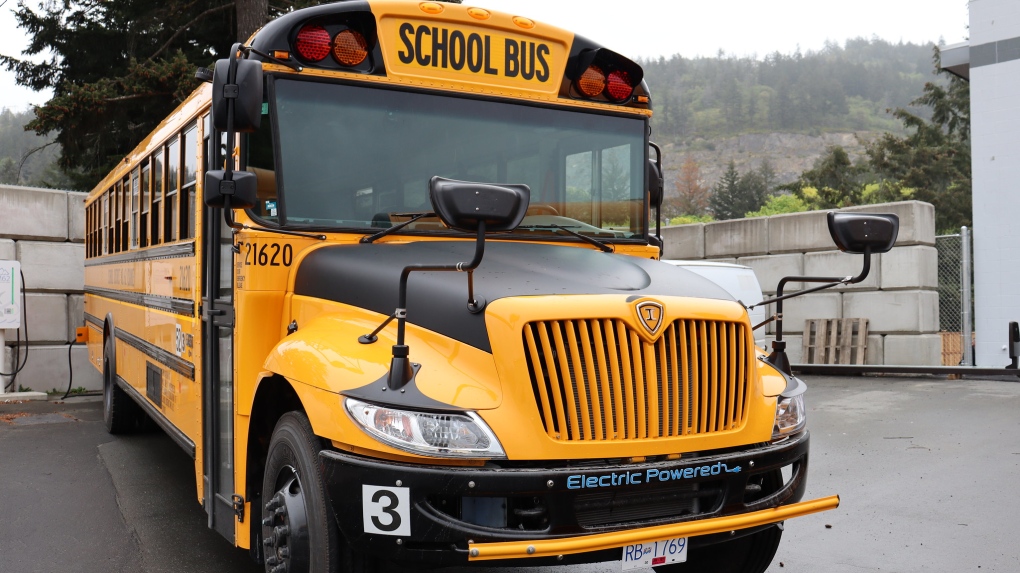 VICTORIA -- The Sooke School District (SD62) is the first jurisdiction in B.C. to introduce electric school buses to its fleet.

The province says that the fully electric buses are better for the environment and are smoother and quieter than current diesel buses.

Each electric bus is expected to remove about 17 tonnes of greenhouse gas emissions annually compared to diesel buses, and cost less to maintain over time, according to the province.

"By shifting gears from diesel to electric school buses, these K-12 students are benefiting from our government’s work to create healthier and more sustainable learning environments across B.C.," said Premier John Horgan, MLA for Langford-Juan de Fuca, in a statement Thursday.

The Sooke School District is the first of 13 school districts in B.C. to add electric school buses to their fleets.

Electric school buses cost about $350,000 to purchase, compared to the average $150,000 cost of a diesel bus, according to the province.

This year, the province invested $13 million to purchase 101 new buses for schools across B.C., including 18 electric buses.