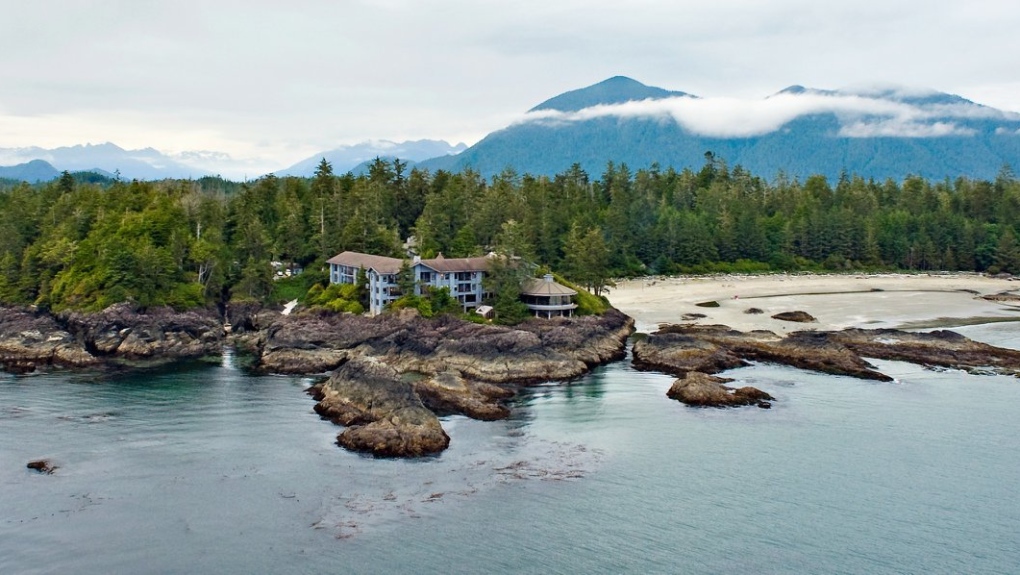 TOFINO -- Like other tourism-related communities, Tofino was hoping to see travel restrictions eased on Dec. 7. But instead, the orders were extended into January.

"Yesterday was not the information we were hoping for from Bonnie Henry but I'll be frank in saying that I certainly wasn't surprised by her decision," he told CTV News.

McDiarmid says he understands why the extension was necessary.

"The rate of transmission in the province has continued to remain stubbornly-high even though there are hopeful signs that it might be starting to come down. But it really hasn't come down to the levels we saw in March," he said.

Staff at the Wickaninnish Inn have started cancelling reservations that had been booked and are reaching out to people who were hoping to visit.

McDiarmid says 98 per cent of the guests that intended to stay over the Christmas holidays were from within British Columbia.

"Every time there's a holiday or vacation we're busy here in Tofino because it's a place everyone wants to come to and I certainly appreciate why," he said. "It's definitely an economic challenge for us."

The owner of the Rhino Coffee House also says the extension on restrictions wasn't completely unexpected, and he's already had to make adjustments.

"I would say one of the more harder parts of my job was I had to lay off probably 50 per cent of my staff," said owner Duane Bell.

He says businesses will now have to rely on locals to keep them afloat as well as visits from essential travellers. He says the tourism community is also relying on each other.

"Everybody's kind of checking in with each other. I get texts throughout the day and week saying, ‘Hey, how you doing?’ And that. We've got a very tight community here," he said.

Bell says gift certificates are one way community members are supporting local businesses. He says he's a member of the Tofino Fire Department which recently purchased around $5,000 in certificates from area restaurants in lieu of their annual Christmas party, because firefighters still wanted to support the community.

He has a message for those still thinking of coming to the community in December.

"As much as you really want to come on your holiday, obviously this isn't the time to travel. But Tofino isn't going anywhere so please come and visit us after January 8th,” Bell said.