B.C. reveals who will participate in its upcoming money laundering inquiry 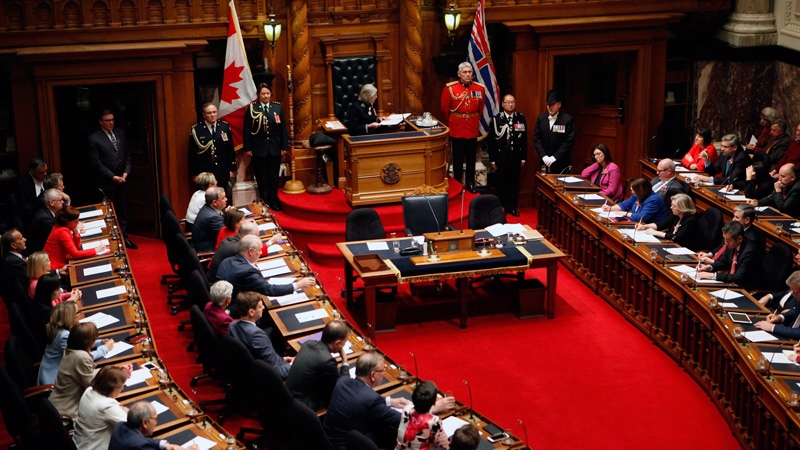 The B.C. Ministry of Finance, federal government, Canadian Gaming Association and the B.C. Lottery Corp. are among those that have been granted standing. (CTV News)

VICTORIA - British Columbia's public inquiry into money laundering has approved the applications of 16 of 20 government organizations, gaming groups and individuals to participate.

The B.C. Ministry of Finance, federal government, Canadian Gaming Association and the B.C. Lottery Corp. are among those that have been granted standing.

A report by former RCMP deputy commissioner Peter German released in June 2018 said B.C.'s gaming industry and the system intended to combat money laundering were not prepared for an onslaught of illegal cash flowing through the casinos and failed collectively.

The B.C. government called the inquiry in May following three independent reviews, including two by German, that concluded crime groups were funnelling billions of dollars into real estate, luxury cars, horse racing and other parts of the economy.

The commission has yet to set hearing dates. A final commission report is due by May 2021.

Also granted standing are the Law Society of B.C., the B.C. Civil Liberties Association and Robert Kroeker, a gaming expert who held top positions at the lottery corporation, the Great Canadian Gaming Corp. and the province's civil forfeiture office.

The commission says in a statement that Lightbody is a former president of the lottery corporation, while Alderson, Pinnock and Desmarais are all former investigators who state their experience is in monitoring, policing and administering the gaming industry.

In its 31-page ruling, the commission says Lightbody believes he can help the commission because of his knowledge of the lottery corporation's operations and its efforts to fight money-laundering.

It says Pinnock has submitted that his role as a former RCMP unit commander of an integrated illegal gaming enforcement team in the province “led him to conclude that the public was being misled as to the nature and degree of money laundering and other criminal activity taking place in the casinos.”

This report by The Canadian Press was first published Sept. 24, 2019.