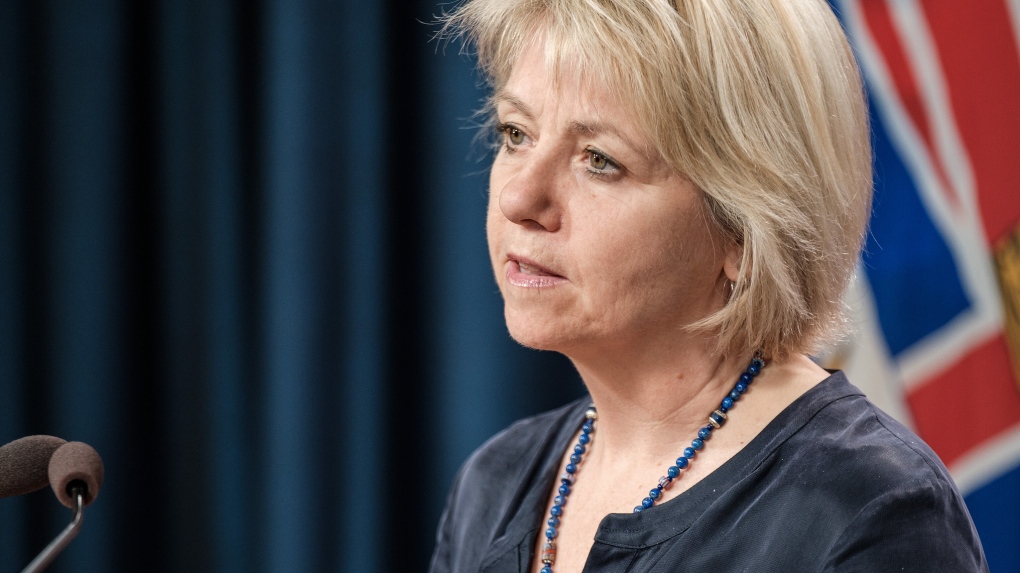 VICTORIA -- Health officials in British Columbia have found 131 more cases of COVID-19 since Friday, bringing the provincial total to 4,065 cases since the pandemic began.

There were no deaths related to the virus over the weekend, leaving the provincial death toll from the coronavirus at 195.

There are 445 active cases of COVID-19 in B.C. on Monday, a dramatic rise from the 386 active cases in the province on Friday. Of those active cases, nine people are in hospital, including three in critical care.

There are now eight active outbreaks at B.C. health-care centres – seven in long-term care facilities and one in an acute-care centre.

The provincial health officer said officials have been working hard to trace the contacts of known COVID-19 cases and that has contributed to the recent spike in B.C.'s case numbers.

"The numbers that we see from the past few days have reflected the intense work that my colleagues across the province in public health are doing on tracking down those people," Henry said. "We're doing what we call social network analysis to make sure that we're finding people. And many of those people – the vast majority of those people who tested positive over the past three days – are people who were on our contact list."

"We need to do better collectively to stop these exposure events from happening," the provincial health officer said. "If your friends invite you to a party and it doesn't feel right, don't go. There's no better excuse than a global pandemic to be able to do the right thing."

B.C. Health Minister Adrian Dix said the province is in a "moment in the pandemic" where health officials have slowed the death toll while case numbers continue to climb.

Dix acknowledged that B.C.'s summer restart plan is contributing to higher case numbers, which he estimates are at approximately 44 new cases per day on average.

"Our number of new cases is climbing and it's climbing to levels that we haven’t seen in a number of months," the health minister said.

"The number of people now in self-isolation is disturbing. While some increase was expected, each of us knows our number is too high."

Most of B.C.'s COVID-19 cases continue to be found in the province’s Lower Mainland.

The Island Health region has seen 148 cases of COVID-19, an increase of one since Friday.

Seventy-one people who live outside of Canada have also tested positive for COVID-19 in B.C.

A total of 3,425 people had recovered from the virus in B.C. as of Friday.

Were you at this 'rave'? B.C. health authority says you need to watch for COVID-19 symptoms

U.S. health officials are quitting or getting fired amid outbreak

Windsor-Essex to move into Stage 3

More than 97,000 children in the U.S. tested positive for COVID-19 in the last two weeks of July, report says

Pattie Lovett-Reid: How to prepare financially ahead of a possible second wave

A face mask you can use while eating? Japanese restaurant shares method