VICTORIA -- Seventy-eight additional cases of COVID-19 have been confirmed in British Columbia in the last 24 hours, health officials said Thursday.

There have been no new deaths over the same time period.

Currently, there are 578 active cases of COVID-19 in the province, including nine people who are in hospital, four of whom are in intensive care.

B.C. has seen a total of 4,274 confirmed cases of the coronavirus and 196 deaths since the pandemic began.

There have been 3,500 recoveries from the virus in the province. 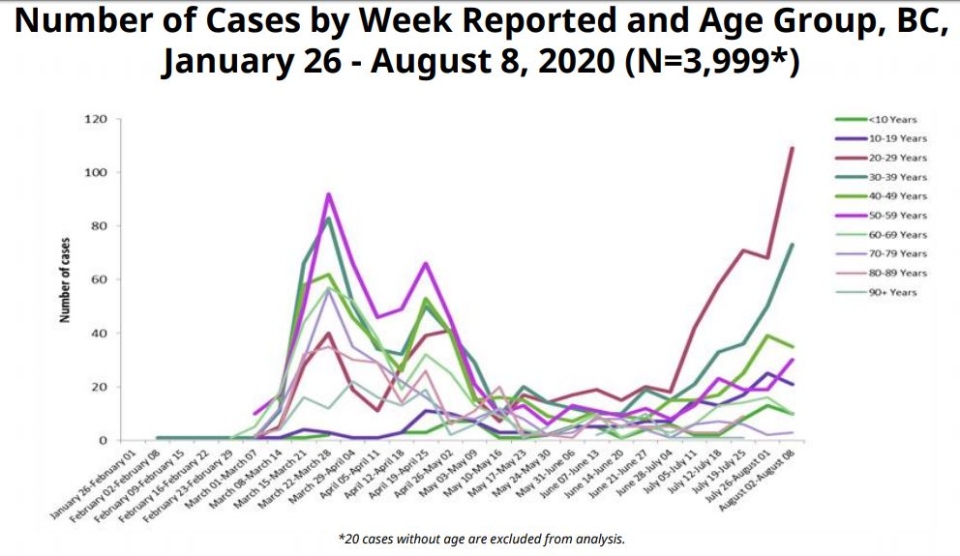 There have been no new health-care outbreaks in the last day, said provincial health officer Dr. Bonnie Henry during her news conference Thursday afternoon. There has, however, been a new "community" outbreak.

Three staff members at the Okanagan Correctional Centre, which had a previous outbreak of COVID-19 in April, have tested positive for the coronavirus.

The previous outbreak at the prison was declared on April 2 and declared over on April 20. Henry described that outbreak as "small." 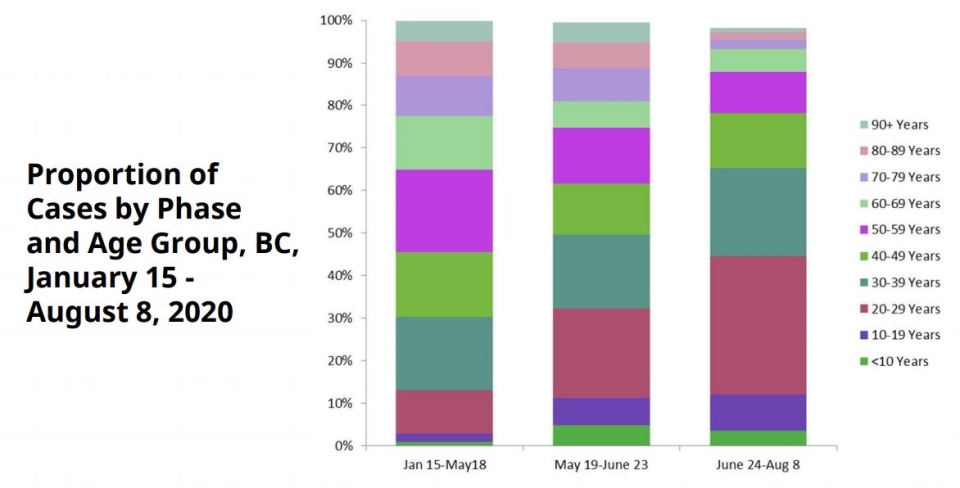 During her news conference, Henry also presented new data on the province's modelling of the pandemic.

Among the highlights of Henry's presentation was a stark rise in the number of people ages 20 to 29 and ages 30 to 39 since the province entered Phase 3 of its reopening plan, which allowed increased gathering and travel within the province.

The provincial health officer also discussed some of the results of the public survey the B.C. government launched in May to get feedback from the public on COVID-19.

Among the findings were that people with lower incomes and people of Latin American, Black and Asian descent were more likely to be struggling economically as a result of measures put in place in March to slow the spread of the coronavirus.

Henry said the best way to address these inequities is to continue to work to slow the spread of the virus by limiting social connections and observing the guidelines for safe interactions that have been put in place.

"Our actions make a difference," Henry said. "Our actions can inspire others to do the right thing. We all need to be role models in our community, in our family, to use the tools that we have to support all of us and to keep our community safe. And we need to do it every single day." 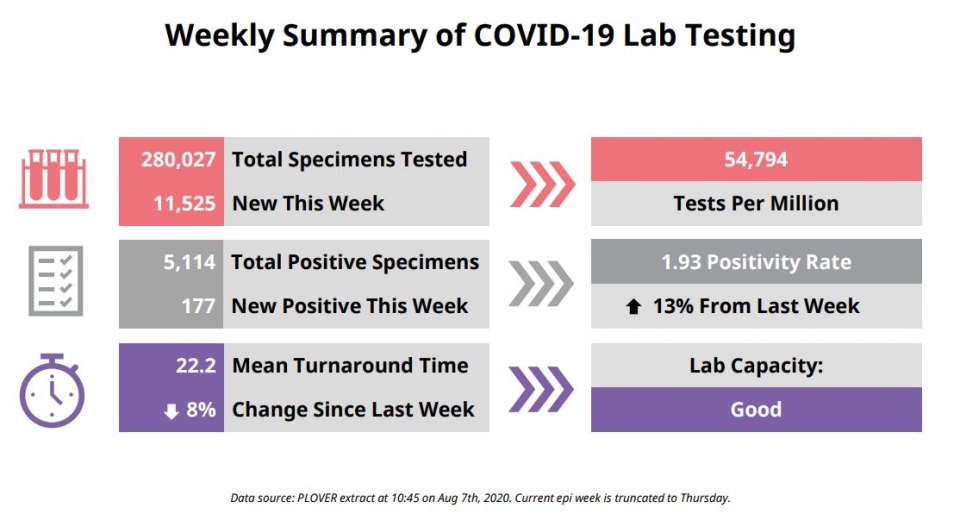 Thursday's announcement comes after B.C. officials announced 85 additional cases on Wednesday, the third-highest single-day increase the province has seen since the pandemic began.

Elsewhere in B.C., there have been 398 cases in Interior Health, 150 in Island Health, and 106 in Northern Health. There have also been 72 cases among people who reside outside Canada.