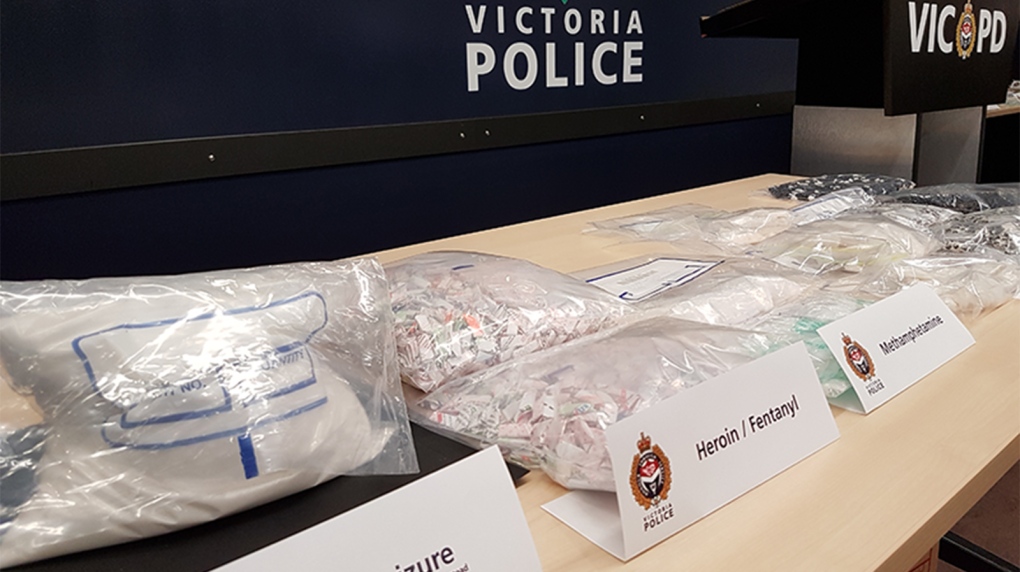 Victoria police have seized a shipment of illicit drugs from China worth $1.2-million, including a massive quantity of the deadly opiate fentanyl. Dec. 1, 2016. (Victoria Police)

VICTORIA -- Approximately three drug users in British Columbia died of overdoses each day in the first four months of 2020, according to new data released by the province Wednesday.

The BC Coroners Service says overdoses continued to rise in April, with 117 suspected drug toxicity and fentanyl-detected deaths recorded.

An average of 3.2 drug deaths per day were recorded in the first four months of this year, according to the coroners office. There have been 382 illicit drug deaths in B.C. in 2020.

"We remain in a public health emergency, with more than three British Columbians dying each day from illicit drug toxicity deaths," said chief coroner Lisa Lapointe in a statement Wednesday.

"Illicit drug toxicity death rates in B.C. are still the highest for any jurisdiction in Canada. Every region in B.C. has been impacted."

The B.C. government declared a public health emergency in 2016 when deaths began to spike. Since then more than 5,000 people have died of illegal drug overdoses.

"We continue to recommend a regulated, evidence-based, supportive treatment and recovery system as an important pillar in preventing future deaths," Lapointe said.

The province's northern region continues to see the highest rate of illicit drug toxicity deaths per capita, with 28 deaths per 100,000 people.

The regions with the highest number of illicit drug toxicity deaths so far in 2020 are Vancouver, Surrey and Victoria.

The coroners office says 83 per cent of illicit drug toxicity deaths this year occurred inside and 12 per cent occurred outside. No deaths have been reported at supervised consumption or drug overdose prevention sites.