Former forests minister Katrine Conroy takes over from Selina Robinson at finance, while the highest-profile appointment among the crop of newcomers goes to Niki Sharma, who becomes attorney general, Eby's old post.

“Our cabinet represents the diversity of our province,” Eby said at a Government House ceremony where the ministers were sworn in by Lt.-Gov. Janet Austin.

“Together they are a strong team. They are going to take on the big challenges facing our province.”

Eby, who took over as premier from John Horgan last month, refused to describe Robinson's new portfolio of post-secondary education and future skills as a demotion at a news conference following the ceremony.

He said Robinson had been given the challenge to ensure B.C. students have the skills to fill new jobs projected in coming years.

“Selina's experience in working with business, working in the non-profit sector, and as finance minister, she's going to take that dedication and enthusiasm for the role to this important piece of work, which is making sure our colleges, our universities, are ready for the challenge and delivering,” he said.

Conroy would bring a rural perspective to finance issues in contrast to the urban-centred views of Eby and other cabinet ministers from the province's larger communities, the premier said, noting that Conroy is a hunter and has been involved in farming.

Conroy, who has represented the Kootenay West riding since 2005, would also bring a wealth of experience to the portfolio, Eby said.

“I've worked with her for almost a decade now,” he said. “I've seen her work and she is rural tough. British Columbians want someone like her on their side.”

Conroy's legislature bio says the mother of four and grandmother of nine has lived on the family ranch at Pass Creek for 42 years.

Conroy described herself after the cabinet ceremony as a pragmatist.

“I also have an understanding what people need and want,” she said.

Sharma, who was previously parliamentary secretary for community development and non-profits, had tears in her eyes as she received a standing ovation at Government House. Her appointment as attorney general was the last to be announced.

“I think about all the women before me, in my family who didn't have the opportunity, who had sexism and racism stand in their way,” she later told reporters. “I carry those stories with me and it hit me today when I had my name called.” 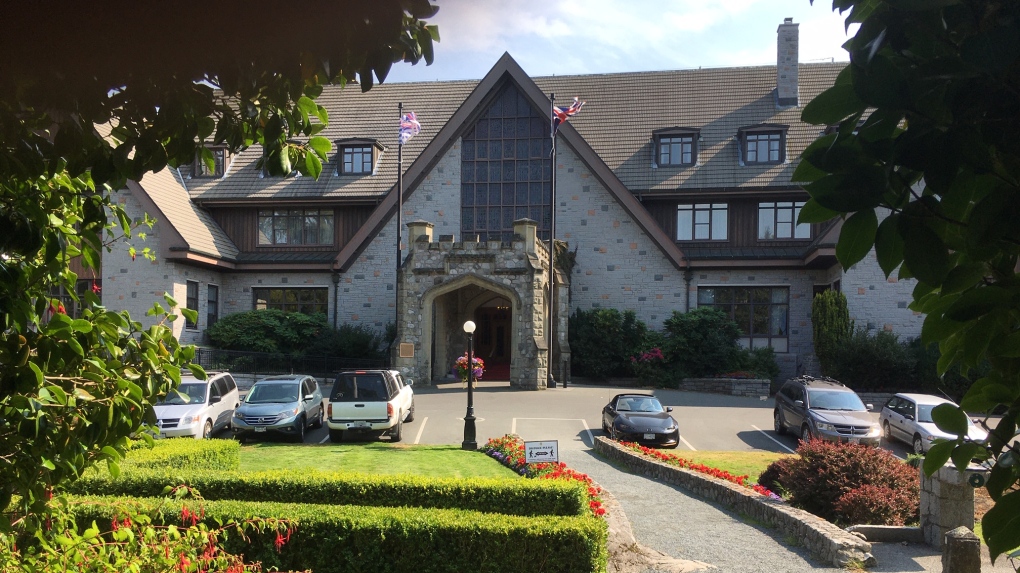 Eby said he couldn't be more excited about getting down to work, and sought to quell suggestions of an early election, ahead of the scheduled vote in October 2024.

“I don't know how many times I can say it, I am committed to a fixed election date for B.C.,” he said.

But Marjorie Griffin Cohen, a professor emeritus of political science at Simon Fraser University, said the shuffle had created the kind of cabinet Eby would want to take into an election whether that happens in two years or sooner.

Ravi Kahlon, who was co-chair of Eby's leadership campaign, takes on the new Housing Ministry.

Bowinn Ma was appointed minister of emergency management and climate readiness, while Rachna Singh, a former parliamentary secretary, is elevated to cabinet as the education minister.

“They're accepting this responsibility at a time when we're facing significant headwinds,” Eby said.

“Global inflation is driving up costs of essentials for families, like groceries. Global economic uncertainty is raising anxiety, health-care systems across Canada are under strain, and B.C. is no exception.”

Those keeping their jobs include Adrian Dix in health, George Heyman with environment, Mitzi Dean as the minister of children and family development, Rob Fleming in transport and Harry Bains at labour.

Chen released a statement on Tuesday saying she had asked not to be considered for cabinet as she concentrated on recovering from long-term trauma suffered because of gender-based violence, including as a child.

This report by The Canadian Press was first published Dec. 7, 2022.