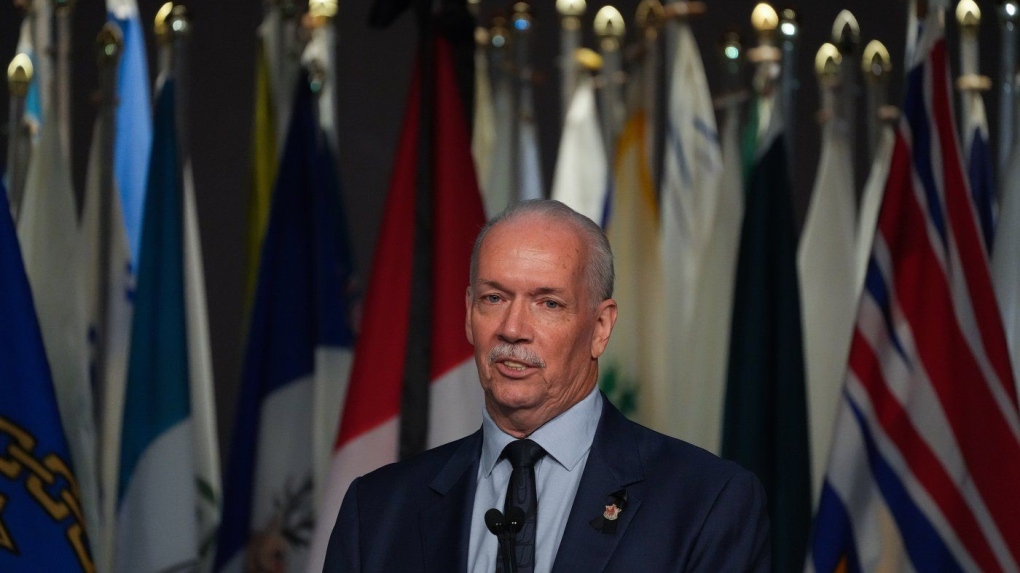 He said he agreed with Attorney General Murray Rankin, who told the legislature Tuesday that a focus on more arrests of prolific offenders to curb crime would be “futile.”

“We can't arrest our way out of this challenge,” Horgan said at a news conference at the legislature. “It's a multi-faceted problem. People who see crime and see perpetrators not dealt with aggressively, I'm frustrated by that.”

Opposition BC Liberal Leader Kevin Falcon, who said the government had a “catch and release” approach toward repeat violent offenders, said people in B.C. feared going outside in their own communities.

“A woman followed into her apartment, thrown on the ground and assaulted,” he said Wednesday in the legislature. “A hatchet attack on the SkyTrain. A baby in a stroller attacked with a glass bottle. A woman slashed in the neck with a machete.”

Falcon said the government was “completely detached from the reality of what's taking place in communities across this province.”

But Horgan accused the Liberals of engaging in a “bumper sticker” approach to the issue.

He cited remarks by newly elected Liberal MLA Elenore Sturko, a former RCMP officer, who told a campaign event last month that police “cannot arrest our way out of these problems.”

Violent crime in B.C. is an issue of deep concern that touches every community, including the hometowns of politicians from every political party, Horgan said.

The government is approaching crime in a “multi-faceted way,” reforming the Police Act, reviewing the prosecution service, increasing budgets for courts and introducing mental health and addictions programs, said Horgan.

A report on prolific offenders that was commissioned by the government and released last month described incidents of violent crime throughout B.C., and frustrations of law enforcement officers arresting alleged criminals only to see them back on the streets.

The report by former Vancouver deputy police chief Doug LePard and Amanda Butler, a criminologist specializing in mental health and addiction, made 28 recommendations.

The report said police enforcement, aggressive prosecution and longer sentences won't address the problem of violent crime, but also said official statistics may not provide an accurate picture of crime trends in B.C.

This report by The Canadian Press was first published Oct. 5, 2022.