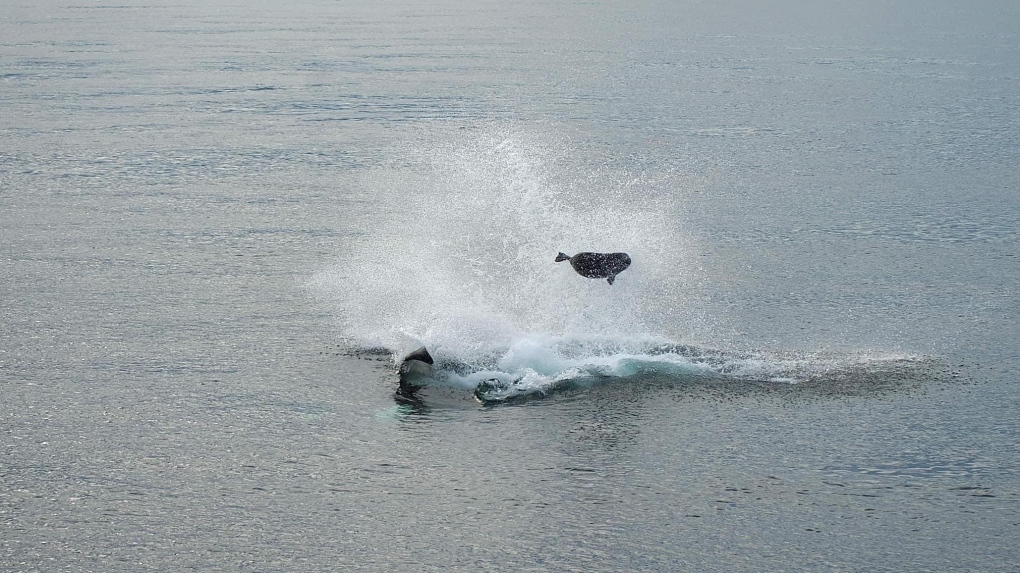 A photographer in Campbell River, B.C., has captured some rare images of a pair of orcas feasting on a seal along the city’s waterfront.

Sheree Adams had been following updates on social media about the latest whale sightings near the city’s waterfront and grabbed her camera Tuesday morning to go for a look.

She says she was thrilled by what she captured.

"There was this little seal there – and we thought a cute little seal – so I picked up my camera to take a picture of him," Adams said. "And this orca came up from underneath and just exploded this seal into the air probably about 50 feet in front of us, maybe less."

She says she felt sorry for the seal but realized she was witnessing "an amazing display of power by this orca right in front of our faces."

Nicky and Ella Smiley, administrators of the Facebook group Comox Valley Wildlife Sightings, say the killer whales were T128, also known as Flotsam, who was born in 1988, and T125A, known as Jetsam and born in 1998.

Smiley says the pair are affectionately known as the "Alaskan Brothers" and have been in the Campbell River-Comox Bay area a lot in the last few weeks. 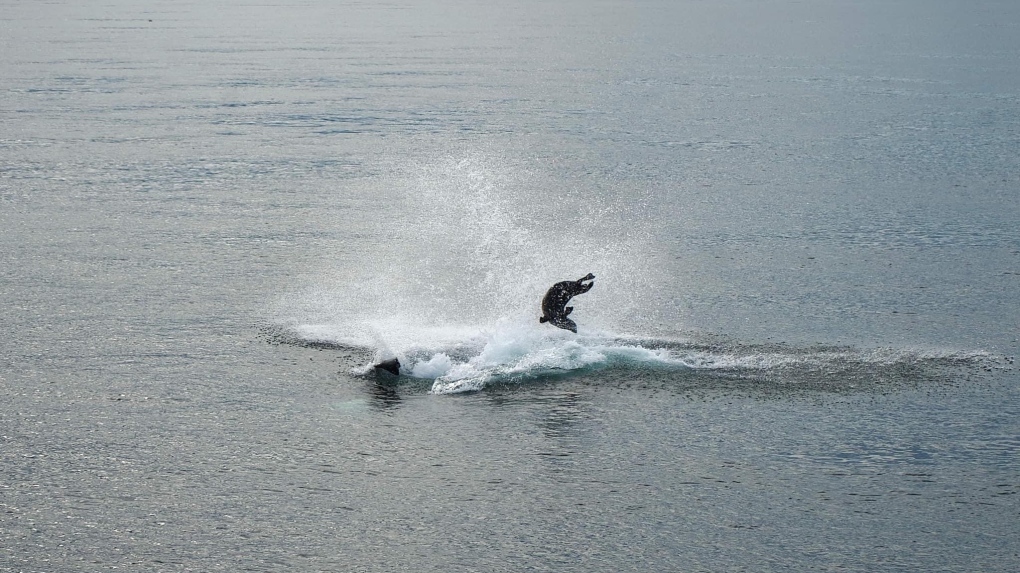 "They travel between here and Alaska all the time," Adams said. "They eat seals so I’m pretty sure that was a snack along the way."

Her viewing of the orcas came on a morning she believes there were about 20 orcas from three pods in the area. 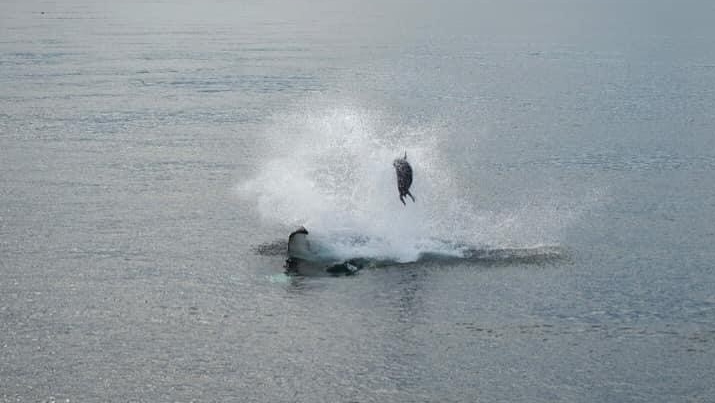 While watching the spectacle, Adams said she met up with a man who was also watching the whales while he was in Campbell River to check it out as a potential community to live in.

Adams said the sighting appeared to clinch his decision to choose Campbell River as his new home.

Hurricane Ian left a path of destruction in southwest Florida, trapping people in flooded homes, damaging the roof of a hospital intensive care unit and knocking out power to 2.5 million people as it dumped rain across the peninsula on Thursday.

A fourth leak on the Nord Stream pipelines has been reported off southern Sweden, the Swedish news agency said Thursday.

Canadians in Florida hunkering down as hurricane Ian lashes the state

Canadians in Florida are hunkering down as the massive Category 4 storm lashes the southwest coast with heavy winds and rain.

Russia will annex 4 regions of Ukraine on Friday

Russia confirmed on Thursday it will formally annex parts of Ukraine where occupied areas held Kremlin-orchestrated 'referendums' on living under Moscow's rule that the Ukrainian government and the West denounced as illegal and rigged.

Hurricane Ian hits the Florida Gulf Coast, 'Diagolon' leader Jeremy MacKenzie is arrested, and 'Gangsta's Paradise' rapper Coolio is dead at 59. Here's what you need to know to start your day.