B.C. librarian says 'nurdles' washing up on beaches is cause for concern

Have you ever heard of a nurdle?

A University of Victoria business librarian says not enough people know what the plastic pellets are and the harm they can inflict on the environment.

A nurdle is the raw material used for plastic products, it can be melted down into things like plastic bags and bottles.

According to David Boudinot, the small pellets soak up toxins and wash up on beaches around the world, including several beaches on southern Vancouver Island.

“Fish, birds will eat them, they can cause problems the toxins can leach out into the fish and then it bio-accumulates on up the food chain,” Boudinot said.

The UVic librarian and his colleague, Daniel Brendle-Moczuk, have worked to determine what beaches are most affected by nurdles and found the largest concentration at Willows Beach in Oak Bay. 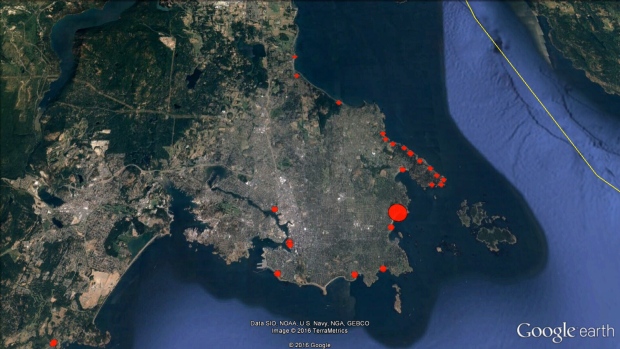 It’s unclear how they are ending up in B.C., but Boudinot says it can’t be good.

“Billions of pounds of nurdles are shipped from Canada every year so there are a lot of hands touching those along the way, transporting them, shipping them,” he noted.

Surfrider Vancouver Island is also alarmed by the recent phenomenon.

The foundation says the plastic pieces may be small, but present a big problem for the food chain, especially because they look like a fish egg. 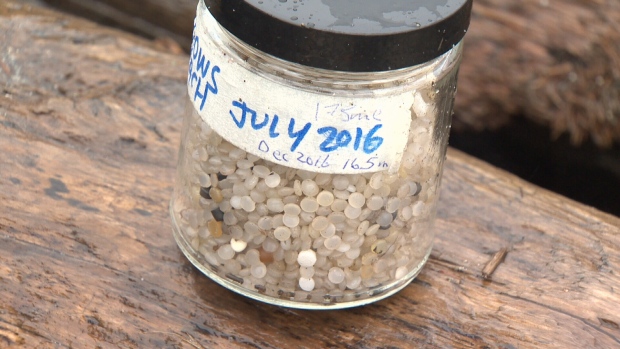 Volunteer Ian Hinkle says that by reducing plastic use, we can cut down on nurdles ending up on our beaches and in our food chain.

“When I’m on a beach and I see these tiny pieces of plastic and a crab picking them up eating them, I realize there is a problem,” Hinkle said.

Boudinot, Brendle-Moczuk and a group of UVic chemistry students will present their findings during Ideafest next week.

The business librarian says he will continue to raise awareness on an issue that he’s become passionate about.

“A nurdle signifies kind of a warning sign of our consumerism,” Boudinot said. “I hope that people will re-evaluate their own plastic use, bring your own mug to the coffee shop.”