The B.C. Liberal party is criticizing the NDP government's plans to redevelop the Royal B.C. Museum at a cost of $789 million.

"Life has never been more expensive than it is today under this two-term NDP government — but instead of providing people with relief from skyrocketing grocery costs and gas prices hitting $2.34 a litre, the premier has launched a pricey vanity project in his own backyard," said Falcon in a press release on Tuesday.

Falcon says he believes renovations and seismic safety upgrades could be completed at the site for around $100 million, though it's unclear without a business case. 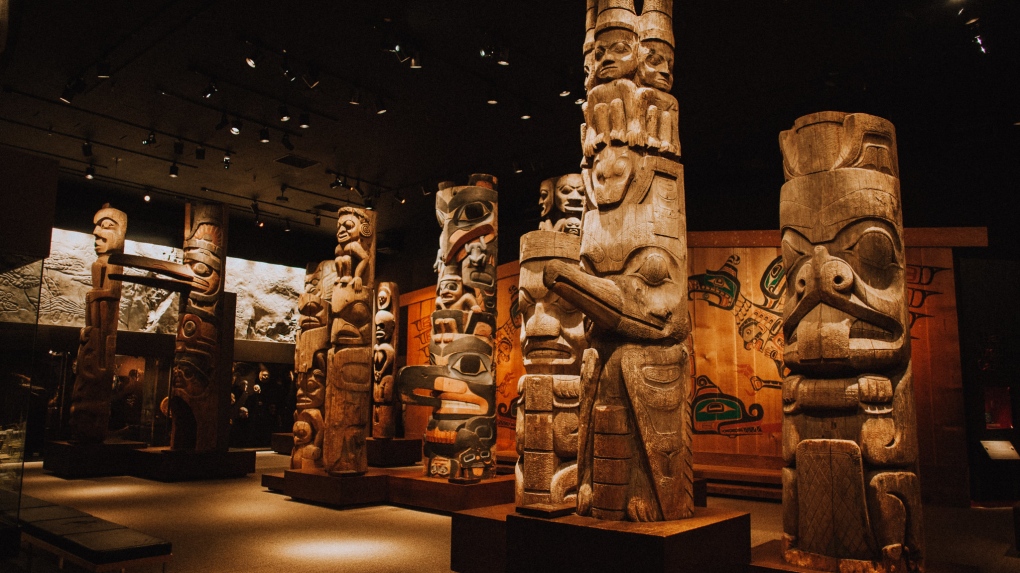 A portion of the First Peoples gallery is shown: (Royal BC Museum)

"I would love to see the [museum] CEO release the full un-redacted business case," said Falcon while speaking on CFAX 1070 on Tuesday.

The B.C. Liberal leader says the province released what he calls a heavily redacted business case for its plans to build a new and expanded Massey Tunnel in Vancouver, which he fears will happen again for this project.

"They redacted all the important information that would tell you if it made financial sense or not," he said of the tunnel.

Falcon said that if he were the premier, he would "100 per cent" cancel the museum project as it stands.

On Friday, the NDP government said the museum redevelopment was necessary to bring the museum up to modern safety and accessibility standards.

The redevelopment plan also includes the safe transfer of the museum's seven million artifacts, and design work with local First Nations and other experts.

As the province faces the highest fuel costs in the country, and hundreds of thousands of residents struggle to find a family doctor, Falcon says he'd take more immediate steps to address the problems than the current government is.

The B.C. Liberal leader says he'd "waive all provincial taxes" on gas for then next three months to offer some relief at the pumps.

"That would result in a typical minivan fill up being $36 less than it is today," he said.

Falcon says he'd also streamline doctor certification for physicians who are trained outside of Canada, and change the model for family doctor funding in B.C. – though he didn't specify what that would look like while speaking with CFAX on Tuesday.

Most people who spoke with CTV News in Victoria on Monday said the funds for the museum could be better spent elsewhere, such as on the healthcare system, education system, or on infrastructure.

Others, however, said they approved of the project so long as it could stay on budget.

"The response that I've heard from this announcement Friday has been that the government is either not hearing British Columbians and the problems they have, or they're just focused on their own agenda and are choosing to ignore it," said Adam Olsen, MLA for Saanich North and the Islands on Monday.

Leading economic powers conferred by video link with Ukrainian President Volodymyr Zelenskyy on Monday as they underscored their commitment to Ukraine for the long haul with plans to pursue a price cap on Russian oil, raise tariffs on Russian goods and impose other new sanctions.

After years of playoff disappointments, the Colorado Avalanche are back atop hockey's mountain with a 2-1 Game 6 win against the two-time defending Stanley Cup champions Tampa Bay Lightning.