B.C. legislature worker was on flight with passenger who had COVID-19 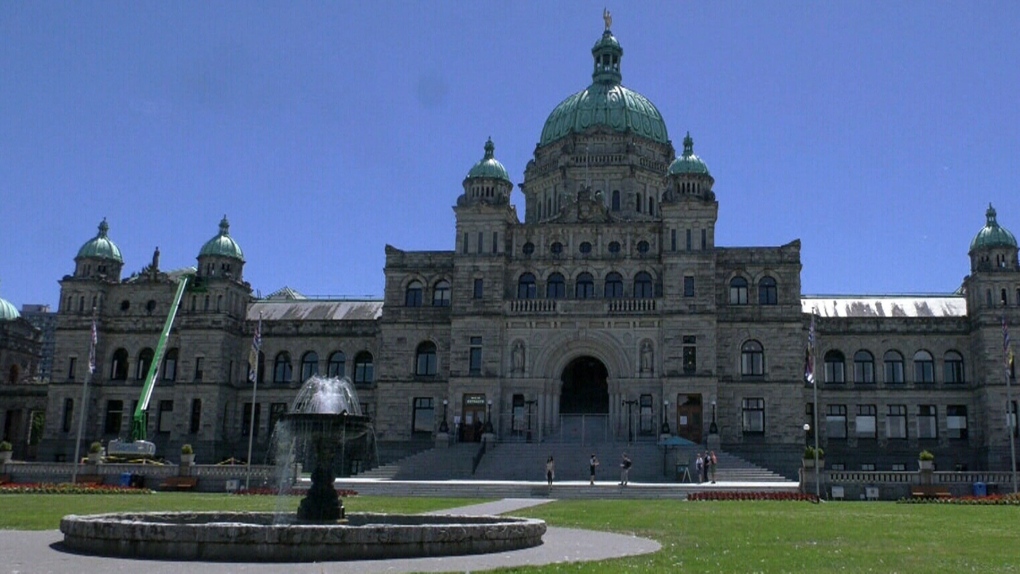 VANCOUVER -- Someone who works at the British Columbia legislature was on a plane that had a confirmed case of COVID-19 on board, according to a letter from the legislature's clerk to people working in the provincial parliament buildings.

In the letter, clerk Kate Ryan-Lloyd informs recipients that she was told late Tuesday that a person who works at the legislature was a passenger on a July 13 flight "on which another passenger was later confirmed to have COVID-19."

Ryan-Lloyd says the person who was on the flight spent time in parliament buildings last week and this week, "interacting with various individuals." The person has since gone home and is self-isolating. The individual is feeling well and does not have any COVID-19-related symptoms, Ryan-Lloyd writes.

The clerk writes that she has contacted provincial health officer Dr. Bonnie Henry about the situation.

"Dr. Henry kindly provided her assurance that this particular example resulted in a low risk for air passengers on the flight because passengers now wear masks on board aircraft, and the very short flight represented a very limited potential exposure time," Ryan-Lloyd writes.

In her letter, Ryan-Lloyd goes on to write that the risk of transmission of COVID-19 to other people working at the B.C. legislature is "rather remote."

Still, the person who was on the flight is self-isolating and monitoring for symptoms for the next 14 days. The person's colleagues have been advised of the situation and will also self-monitor for symptoms, but they're not required to stay home, unless they feel unwell.

Legislature staff have also begun conducting "deep cleaning of the affected areas, including washrooms," beyond cleaning protocols already in place at the legislature building, the clerk writes in her letter.

"Although the risk of transmission of COVID-19 is low in this instance, I believe that this is a good opportunity to remind all of us to continue to be vigilant and to follow public health guidelines, particularly ensuring that we utilize physical distancing, wash our hands, limit the size of gatherings and follow all other safety protocols as outlined by WorkSafe BC and the BC Centre for Disease Control," Ryan-Lloyd's letter concludes.