VICTORIA -- Tuesday was the first full day of the B.C. provincial election campaign and NDP leader John Horgan was in North Vancouver where he continued to defend his decision to call a snap election.

Horgan reiterated it was a decision he struggled with.

"I know in my heart, I know that this is the right time to put the partisan wrangling out front," he said, noting that the idea of calling a snap election first started crystallizing for him during the summer – amidst what he called "challenges" getting bills passed.

"Let's get it over with, and let's have a government that can focus on the challenges of COVID-19," he said.

Meanwhile, Liberal leader Andrew Wilkinson was in Surrey Tuesday, trying to infuse his campaign with enthusiasm while introducing some of his new candidates.

Wilkinson challenged Horgan to three televised debates, making the case that in a pandemic election it will be especially important for the public to see and hear from the leaders and candidates.

"The voters need to have more access to the leaders of the three main parties," Wilkinson said. "They need to hear directly what the leaders have to say." 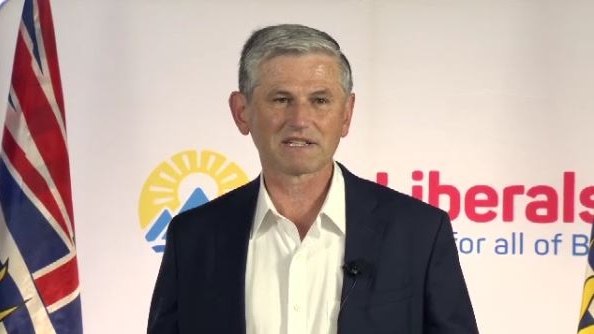 Dan Reeve is a political science instructor at Camosun College. The instructor says, as the leader of the party that is trailing in opinion polls coming into the campaign, Wilkinson would be well-served to have as much face time – and as many debates – as he can get during the election campaign.

Meanwhile, Green Party leader Sonia Furstenau was in Brentwood Bay after making public a letter she sent Horgan three days before he called the election that urged him not to call a snap election and that set out areas the Greens thought needed stronger government action.

"We presented a long list of things we believed we could work on together," Furstenau said.

She also reiterated her criticisms of Horgan for calling what she said was an unnecessary election.

"This election came down to the decision of one person, and one person only, and that was John Horgan," said Furstenau.

So far, the Greens have only confirmed Furstenau and Adam Olsen as candidates.

Similarly, the NDP and Liberals are still completing their lists of confirmed candidates.

But Reeve says for all three parties, how they get their messages out will be unlike any other campaign – with social media largely replacing door knocking.

How each party makes that leap will unfold over the next five weeks.