B.C. is first in Canada to set emissions targets for industries, communities 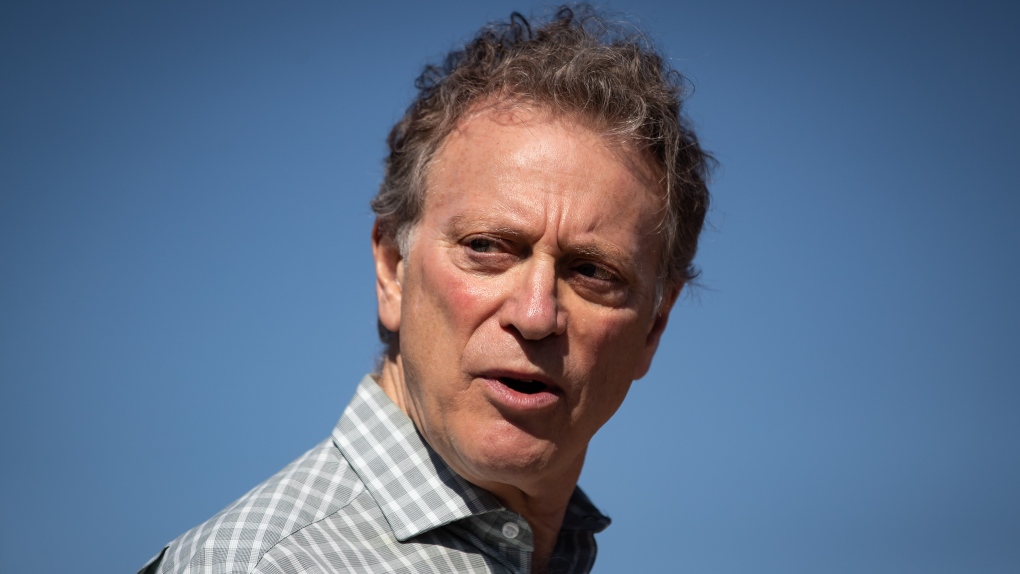 VICTORIA -- British Columbia is the first province in Canada to set greenhouse gas emission reduction targets for major sectors of the provincial economy, including the oil and gas industry, says the environment and climate change minister.

George Heyman said Friday that setting emission reduction targets are good for both the environment and the economy.

“We think they're achievable,” said Heyman about the emissions targets in four sectors of the economy.

“We're going to partner with industry, with the oil and gas sector, with the transportation sector, with people in communities and people who build, own and maintain buildings to reach those targets,” he said in an interview.

The reduction targets for communities and buildings go as high as 64 per cent, and would include making homes more energy efficient, retrofitting buildings and improving landfills, he said.

The targets are expected to be reached by 2030 and are based on pollution levels from 2007, the minister said.

A collection of environmental groups said Friday they supported setting reduction targets for industry, but some wanted tougher measures placed on the oil and gas sector.

“Setting the target, while important, is not enough,” said Andrew Radzik, a spokesman for the Georgia Strait Alliance, in a statement that called for an end to subsidies for the oil and gas industry.

“Without ending subsidies to this climate destabilizing industry, B.C. will miss yet another in a long string of unmet climate targets,” he said.

The Pembina Institute, a think tank that advocates for a clean-energy future, called the B.C. targets a model for Canada.

Michael McSweeney, Cement Association of Canada president, said in a statement the industry has been working with the government to transition to low-carbon fuels to produce cleaner cement.

No one from the Canadian Association of Petroleum Producers was immediately available to comment on the targets set for its industry.

Heyman said setting emission reduction targets for sectors of the economy helps to position B.C. in front of other jurisdictions.

“When companies get ahead of the game here, they attract investment,” Heyman said. “I think here in B.C., we can demonstrate that we can fight climate change and it's a real economic opportunity. It positions us for low-carbon exports around the globe as well as on the continent.”

He said B.C.'s carbon tax, which has been collected since 2008, also shows investors the province is committed to building a low-carbon economy, he said.

“If we want to leave a planet that's more sustainable, that's healthier for our children and grandchildren, we need to account for the costs of doing that,” Heyman said. “Our plan is in place to move steadily toward our targets and to partner with individuals, families and businesses to do just that.”

He said investments by the province and industry totalling $84 million will eliminate more than one million tonnes of carbon dioxide from the atmosphere over the next decade.

Heyman said B.C. applauded Thursday's Supreme Court of Canada ruling that the federal government has the authority to impose a minimum price on carbon across Canada.

“We clearly see climate change and carbon emissions not just as a provincial issue,” he said. “It's a national issue.”

This report by The Canadian Press was first published March 26, 2021.