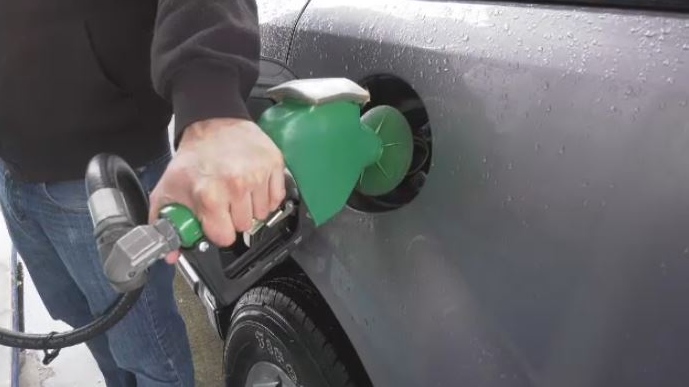 A driver fills up on gas at a station in Greater Victoria Mon., April 22, 2019. (CTV Vancouver Island)

VICTORIA -- The B.C. government has launched a new Fuel Price Transparency Act (FPTA) to help the BC Utilities Commission (BCUC) monitor fuel prices in the province, which have been found to be inexplicably higher on average than other jurisdictions in Canada.

According to the provincial government, a 2019 investigation undertaken by the BCUC found that British Columbians were paying 10 to 13 cents more per litre of gas than other provinces and neighbouring Washington state.

In August 2019, the BCUC said that the price premium was "unexplained." Now, the commission believes that a lack of competition is partly responsible for the province-wide markup.

"The rapid increase in gas prices in B.C. is alarming, increasingly out of line with the rest of Canada, and people in B.C. deserve answers," said Horgan in a statement in May 2019.

"Across the province, but particularly in Metro Vancouver and on Vancouver Island, people are alarmed at the rapid increase in the price at the pumps," Horgan wrote in a letter to the commission in May.

Now, the province says that the Fuel Price Transparency Act will help the government evaluate the fuel industry by examining data received directly from oil and gas companies. The new legislation will allow the BCUC to make special requests for information from companies, which could include data on fuel volumes at refineries and terminals, and wholesale and retail prices.

"British Columbians are tired of feeling gouged at the pump," he said. "It’s time to pull back the curtain on fuel pricing."