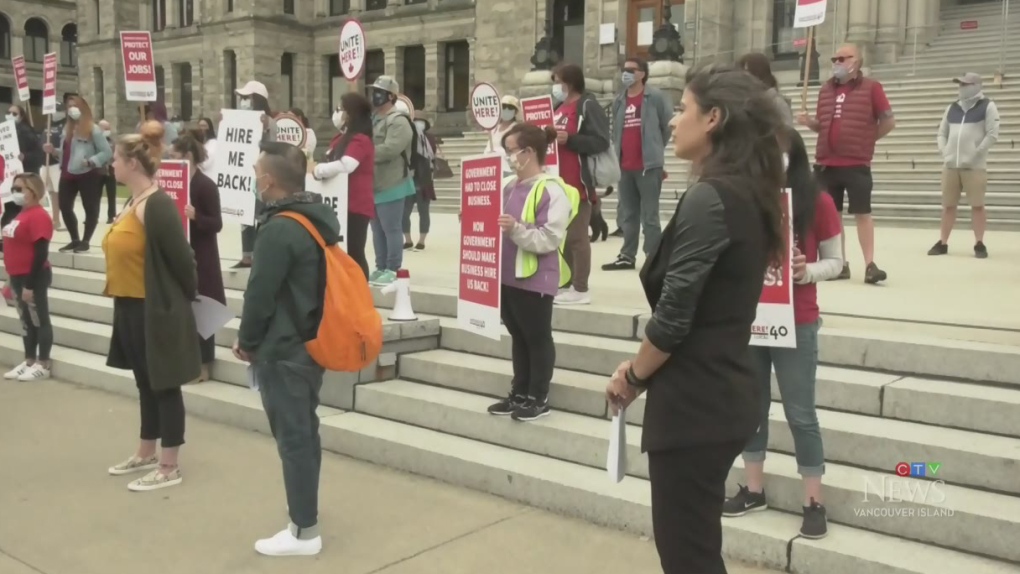 VICTORIA -- Hotel workers from across B.C. are planning to hold a hunger strike on the steps of the B.C. legislature as the industry faces an economic crisis due to the COVID-19 pandemic.

The demonstration is slated to begin on Monday at 10 a.m.

Unite Here Local 40, a union representing hospitality workers across the province, says that demonstrators are calling for a “legal right to return to work as business recovers.”

The union says that roughly 50,000 hotel workers have ben laid off across B.C. due to the pandemic, and that workers need a guarantee that they will have a job to return to as the province continues to reopen its economy.

The hunger strike, dubbed the “Fast for Our Jobs,” has no definite end date.

Demonstrators say they plan to build an encampment at the legislature and that the “open-ended” hunger strike will continue until the B.C. government meets their demands.

The Tourism Industry Association of British Columbia had previously called on the B.C. government to provide a $680-million bailout package for the industry.

“If we don’t inject liquidity into businesses they will not survive this and will never open up again,” said Vivek Sharma, vice-chair of the Tourism Industry Association of British Columbia, on July 17.

At the time, the association said that it hoped talks with the provincial government would begin soon.

On July 7, roughly 200 B.C. hotel industry workers rallied on the lawns of the BC legislature calling for greater job security.