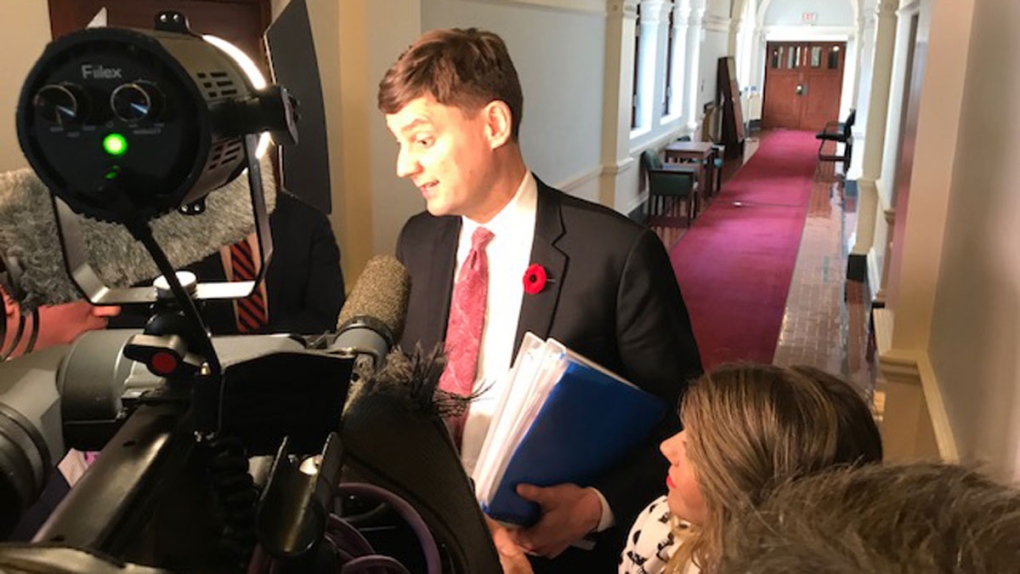 Attorney General David Eby has said he hopes the inquiry will answer lingering questions about how the criminal activity has flourished in the province. (File photo)

VANCOUVER --  A public inquiry into money laundering has heard that British Columbia appears to have more high-level organized crime groups than other provinces.

The director general of Criminal Intelligence Service Canada says that among at least 1,850 organized crime groups known to operate in Canada, the agency has assessed 680.

RCMP Chief Supt. Rob Gilchrist says one quarter of the assessed groups are known to be involved in money laundering, although the agency believes that figure to be low.

British Columbia's port access and proximity to Mexico make it a natural gateway for illicit drugs into other parts of Western Canada, and Gilchrist says it may be more appropriate to consider some of the crime groups as operating regionally rather than just in B.C.

However, Gilchrist says because his agency depends on sensitive law enforcement information, there is a limit to what he can share with the inquiry.

He also says the agency depends on individual police departments to share information they think is relevant and, like his agency, they have limited resources.

“Individual police services must prioritize the use of their resources, therefore not all organized crime groups are reported on,” he told the inquiry on Tuesday.

“The reality is that resource levels and limitations result in efforts being prioritized at multiple levels.”

Attorney General David Eby has said he hopes the inquiry will answer lingering questions about how the criminal activity has flourished in the province.

Among 14 organized criminal groups assessed as national high-level threats, 10 are linked to B.C., the inquiry heard.

Of those, three are linked to B.C., he said.

Those involved in money laundering move large sums to hide the proceeds of crime and may span a network of organized crime groups, he added.

Gilchrist said the most common channel for money laundering at the higher level was through private businesses like restaurants and construction, while others cleaned money through real estate, gambling and other means.

Gilchrist said the size of the problem in B.C. may also reflect better reporting by local police departments.

Quantifying how much money is laundered is “extremely difficult” due to its secretive nature, he said.

The inquiry heard that the B.C.-Yukon branch of the agency has not had the resources to undertake studies on money laundering in specific areas, such as casinos, real estate or cryptocurrency.

Insp. Leslie Stevens said money laundering is only one crime the agency investigates and it has been “acutely” short on analytical staff.

“It's always on the backburner because of resource shortages,” she said.

This report by The Canadian Press was first published June 9, 2020.