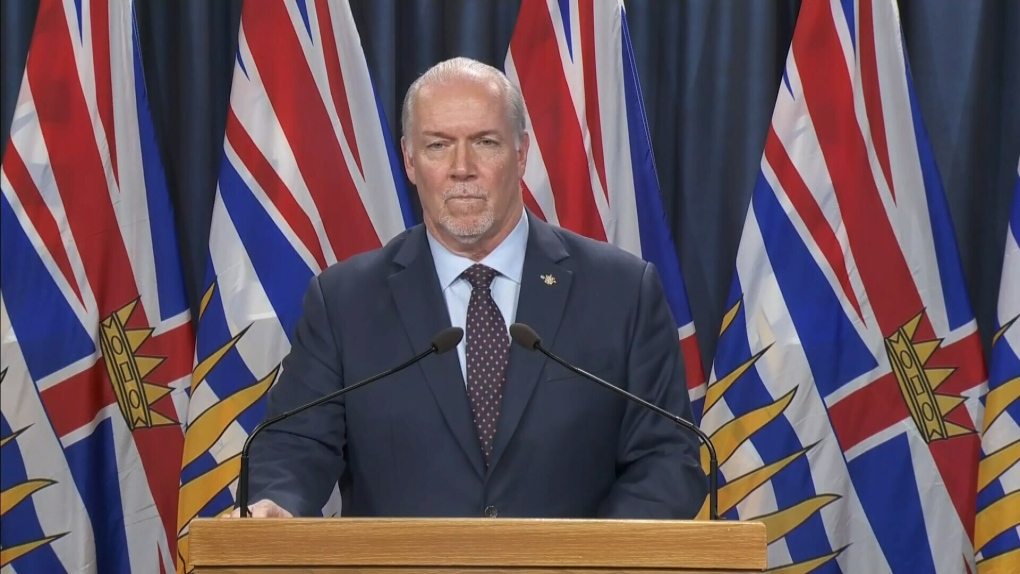 VICTORIA -- B.C. Premier John Horgan says the province has approved a health plan to host National Hockey League games for an extended season in Vancouver, if the league is interested.

All visitors who are coming to B.C. from outside of the country will be required to self-isolate for 14 days. However, the quarantine bubble will be expanded so that entire hockey teams can stay together in hotels or similar facilities when they arrive.

“[The plan is] not changing in any meaningful way, it’s just expanding the number of people in a bubble to allow for teams to come to Vancouver,” said Horgan on Wednesday.

All athletes and staff members involved in the NHL will still be required to isolate for two weeks, and will not be allowed to interact with people outside of their bubble until their isolation has ended.

“Provincial health is first and foremost, and that hasn’t changed for second,” said the premier. “I think that should be encouraging for the NHL.”

Horgan wrote a letter Wednesday to Prime Minister Justin Trudeau "advising him that Vancouver and British Columbia would welcome the NHL as per the plan that was put together by the Vancouver Canucks, the NHL, and of course, public health officials." he said.

Meanwhile, amateur sports have also received a boost from the provincial government amid the pandemic.

According to provincial officials, many local sports organizations have reached out saying that insurance companies have been reluctant to provide coverage for litigations related to COVID-19.

Now, Horgan says that the B.C. government will be providing protection for amateur sports organizations from litigation related to the novel coronavirus, so long as they follow provincial health guidelines.

The premier says that local sports organizations are “eager” to return to sports, which affect approximately 800,000 youth and adult amateur athletes.

Horgan says that the legal protection will extend to 72 different provincial organizations and 4,100 local sports programs.

With B.C. gaining significant ground in flattening its COVID-19 curve, the premier says that the film and television industry has been allowed to restart in the province.

Horgan stressed that any member of the entertainment industry that arrives in B.C. from outside of the country will be required to self-isolate for two weeks.

However, the premier noted that many British Columbians are film professionals and that a "vast array" of television and film production staff are ready to return to work.

As B.C. continues along its economic recovery plan, Horgan says that the provincial government is looking to support the tourism industry, as most seasonal international travellers will not be arriving this summer.

Horgan hopes that British Columbians will take to travelling domestically to support neighbouring communities through the pandemic.

“I know domestic travel will not fill the void of international travel,” he said.

The premier says it will take extraordinary efforts by all British Columbians to weather the province’s economic downturn, including supporting local businesses and tourism industries.

The premier remained firm that the province would not be advertising tourism to international travellers until the provincial government could “guarantee the health of British Columbians.”

Meanwhile, Horgan announced that B.C.’s state of emergency has been extended by another two weeks due to the pandemic.

B.C. first declared a provincial state of emergency in response to COVID-19 on March 18.