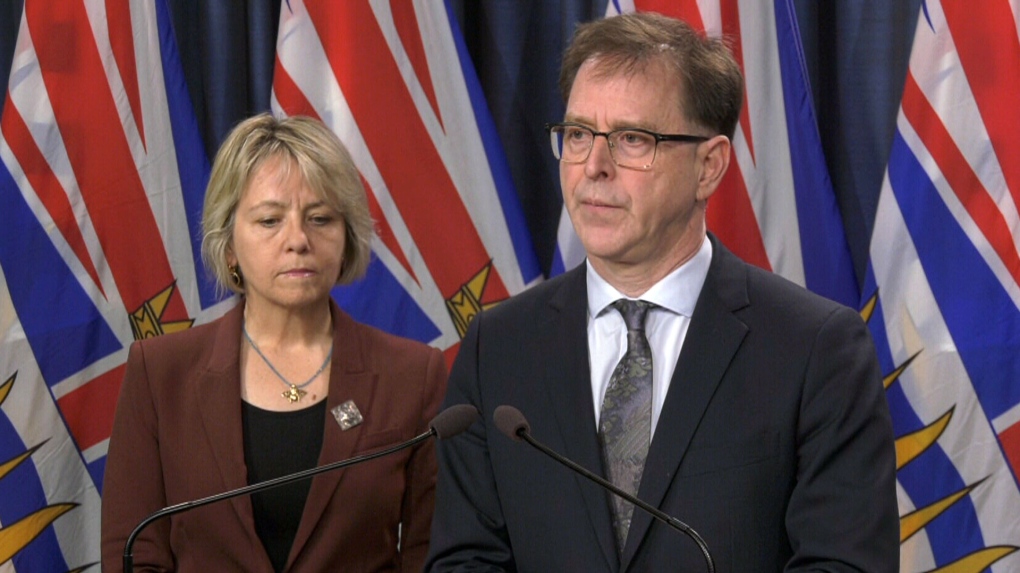 Dr. Bonnie Henry (left) says more screening of employees and visitors will be done at the facilities, which will be off limits to groups of people visiting loved ones.

Dr. Bonnie Henry said more screening of employees and visitors will be done at the facilities, which will be off limits to groups of people visiting loved ones.

“One of the things that has become apparent to us is how fragile our long-term care system is and how we need to be doing more to enhance our prevention for people in long-term care and our assisted living facilities,” Henry told a news conference.

She said visitors should stay away if they have any respiratory illness. Previously, people were advised to phone long-term care homes ahead of time if they had a cold, for example.

“I won't say we're stopping visitors, but (there will be) restriction of visitors and making sure nobody comes in that has any respiratory infection,” Henry said. “We want to make sure we don't do things like have group sessions where people are interacting with multiple people.”

She said visitors should take care to only visit their family member and then leave the premises.

“You make sure you take all the precautions that we know are important for preventing transmission of infection, like cleaning our hands and really, really, particularly, staying away if you are ill.”

Seven of the newly diagnosed people include two workers at a long-term care home where four other employees have been infected. The North Vancouver facility is also where a man in his 80s died earlier this week.

Henry said the Lynn Valley Care Centre is the only long-term care facility in B.C. that has had a positive test for COVID-19.

Three of the new cases are linked to Egypt and include a visitor in his 70s whose relatives in the Fraser Valley are now also in isolation, she said.

Henry said she has the power to order the closure of schools in B.C. under the Public Health Act, but so far she doesn't believe that's necessary, especially if people keep their distance from each other, wash their hands frequently and stay home if they're sick.

“There's a whole lot of pros and cons involved in closing schools, which we are continually evaluating,” she said. “It really is a matter of judging it as it comes.”

Henry said she can also order the cancellation of public events in B.C., including sporting events, but she has yet to use her powers.

Some organizers have postponed or cancelled events on their own, including the B.C. Council of Forest Industries, which has scrapped its annual convention in Prince George from April 1 to 3.

Horgan said he wants faith leaders to be as up-to-date as possible about the government's efforts to contain the spread of the novel coronavirus because people often turn to them for comfort, aid and advice.

This report by The Canadian Press was first published March 11, 2020.